Continue to Site
The Japanese automotive giant, Toyota, recently hinted launch of fuel cell powered vehicles by the first half of 2017. The brand plans to bring out fuel cell based passenger buses that will be in capacity to carry 77 passengers in one go. These buses will be powered by 10 high-pressure hydrogen tanks assembled to hold 600 liters of hydrogen fuel at approx. 700 bar. The wheels of these buses will be spinned by two electric motors capable of generating maximum power of 303 HP against a peak torque of 670 Nm. 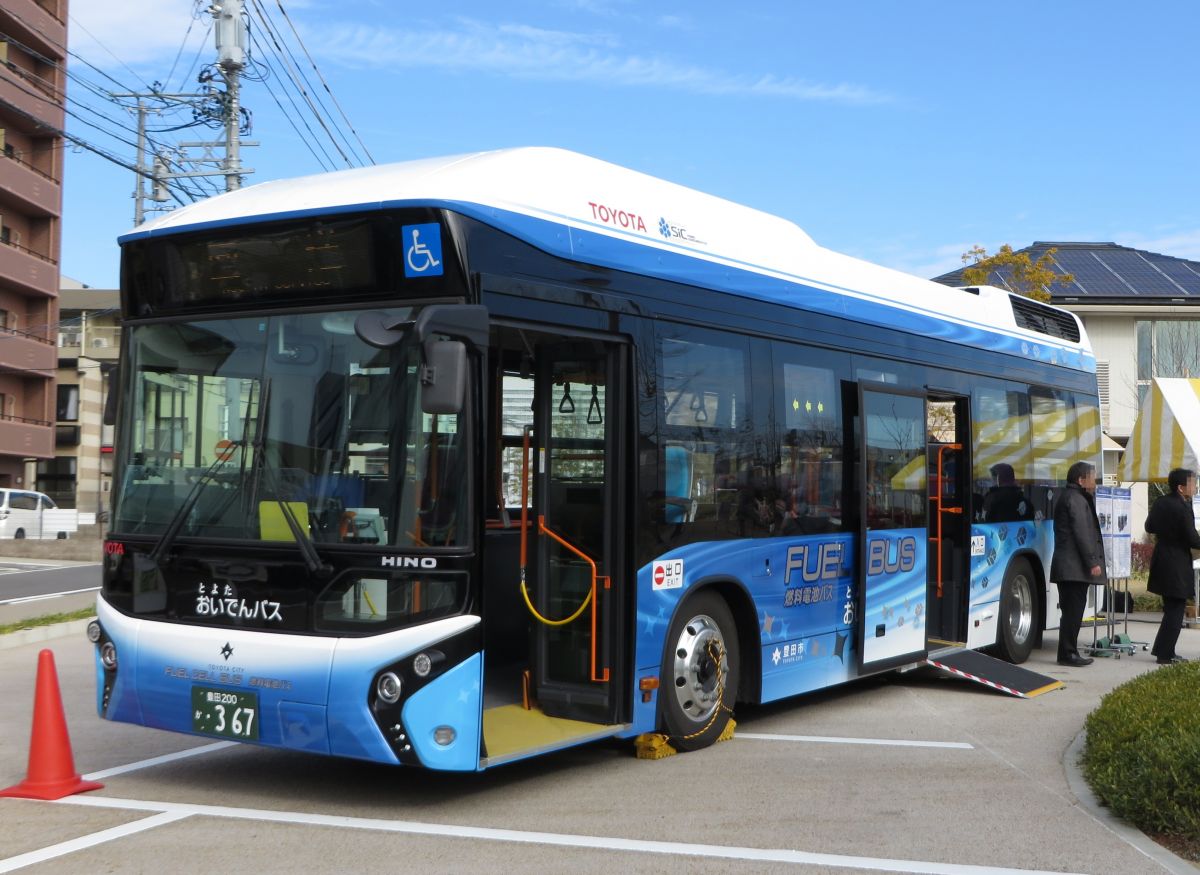 Apart from being a CO2 based vehicle, these Toyota buses will come with an added surprise. These will have electric supply worth 235 kWh, these buses can also be used as mobile power generation sources in case of emergencies or natural calamities. Toyota is yet to clear if it will be selling its buses to Japanese municipalities or some other international adopters or bot organizations. The company plans to launch more than 100FC buses specially in area around Tokyo with a view to highlight the benefits of clean transportation technology by 2020 Olympic Games.
As per an official statement, “The Toyota Group considers the use of hydrogen to be a powerful source of energy for the future. Toyota has released the Mirai FCV, while also engaging in the technological and product development of FC buses, fuel cell forklifts, as well as stationary fuel cells for use in homes. Going forward, the group will accelerate developments in a unified manner, so as to contribute to the realization of a hydrogen-based society.” If the vision of this automotive legend turns into reality, the world will see another brighter side of Japan, a country dedicated to making this world a better place and worth living for everyone.
Filed Under: News