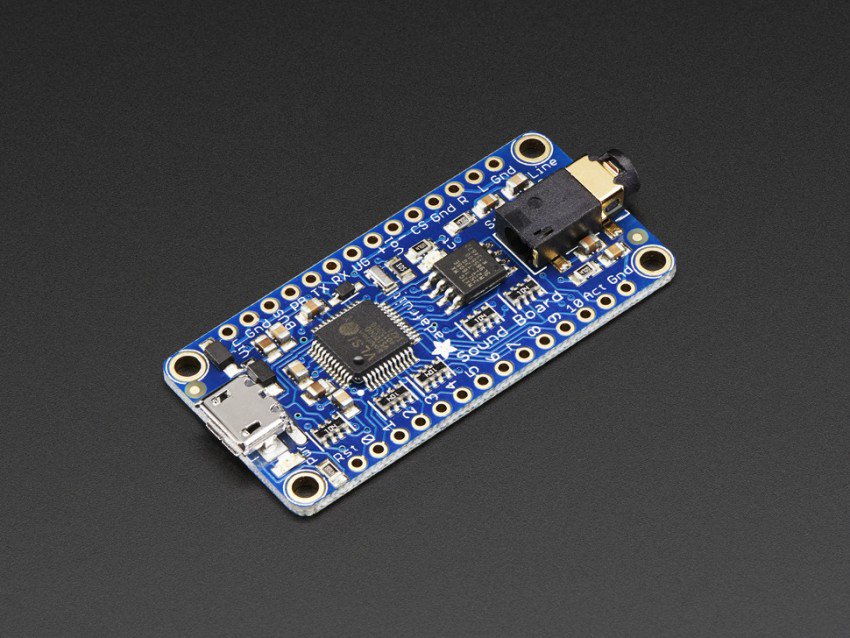 Let’s talk about Trinket which is really small in size but don’t get fooled by its size as this little chip have lots of power. It is a tiny microcontroller board which is built around the Atmel ATtiny85. In order to design a microcontroller board in relatively small size which is small enough to fit into any project, and doesn’t include too much of expenditure, then this is what you are looking for. It is the lowest-cost Arduino-IDE programmable board till date.

Despite being so small, Attiny85 is a fun processor as it has 8K of flash, and 5 I/O pins, along with analog inputs and PWM ‘analog’ outputs. A USB bootloader is designed in a way so one can plug it into any computer and reprogram it over a USB port just like an Arduino. It works like a mini-Arduino board after certain modification was done to the Arduino IDE. Small & simple projects can be handles on it after like Trinket.

As there are two versions of the Trinket, One 3V and another 5V, their working pattern is same, but have different operating logic voltages. 3V is used to interface with sensors and devices that need 3V logic and it only runs at 8 MHz. 5V are used for those sensors and components that can use or require 5V logic. The 5V version can also run at 8 MHz or at 16MHz by setting the software-set clock frequency.

You can program Trinket using the Arduino IDE but it is not a fully 100% Arduino-compatible and therefore you have to tradeoff for such a small and low cost microcontroller. Since Trinket does not have a Serial port connection for debugging, the serial port monitor will not be able to send/receive data and some computers’ USB v3 ports don’t recognize the Trinket’s bootloader so simply use a USB v2 port or a USB hub in between

Some of the specifications are it is equipped with ATtiny85 on-board, 8K of flash, 512 byte of SRAM and 512 bytes of EEPROM. Further, internal oscillator runs at 8MHz and it can be doubled in software for 16MHz. The USB bootloader along with a nice LED indicator mimic a USBtinyISP which can be programmed with AVRdude. The Micro-USB jack used for power and USB uploading can be stored in a box and can be reprogrammed later. As already mentioned it is available in both 3V and 5V flavors. It can be powered with either USB or external output and it’ll automatically switch over. It also has on-board green power LED and red pin #1 LED. The reset button is for entering the bootloader or restarting the program and there is no need to unplug the board every time to reset or update. And at last, it has 5 GPIO, where 2 is shared with the USB interface and the hardware has the capability for breakout & sensor interfacing.