Continue to Site
Ultracapacitors happen to be one of the most fascinating sources for energy storage. The main reason, these can be recharged within seconds, work with 100 percent efficiency, and endure longer than their usual counterparts. These are also less volatile and lighter in weight as compared to traditional batteries. However, they have some flaws as well. The energy-storage capacity of these devices is lowers and some part of the energy they store is not available for usage. It is one of the prime reasons why ultracapacitors are used less as power backup options for consumer devices as well as electric cars. 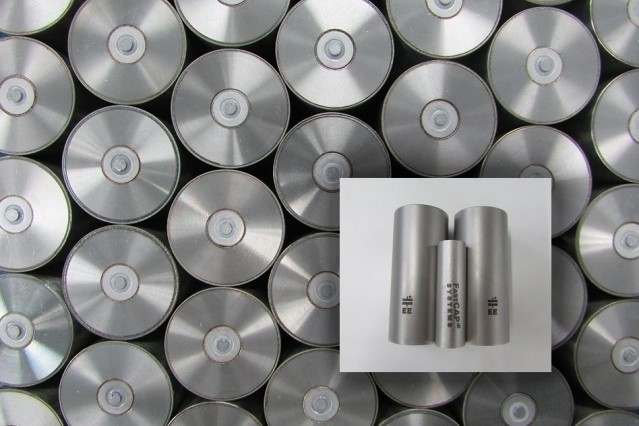 A solution to this problem has been suggested by FastCAP systems, a firm that has been working to bring forth better version of ultracapacitors as well as ultracapacitor based systems. The firm recently reported numerous advancements in this domain along with higher energy density and wider range of operable temperature. This opens up gates for several other applications across a number of industries.
The ultracapacitors are formed from two polarized electrodes from which one is negative and another is positive. These are usually covered with a porous stuff called activated carbon. These two suspend in an electrolyte filled with negative and positive ions. These ions get attracted to the electrodes that leads to formation of electric layers capable of behaving as two capacitors in a single series. Its energy storing capacity is restricted by the surface area of its electrodes.the company focused its efforts in increasing this specific surface area with the help of a tightly packed arrangement of carbon nanotubes that stand vertically from the electrodes. The new array is much more uniform as compared to activated carbon’s porous structure. John Cooley, the president and CTO of FastCAP explains, “A way to look at it is the industry standard looks like a nanoscopic sponge, and the vertically aligned nanotube array looks like a nanoscopic hairbrush.”
The company claims that these hairbrush-style capacitors have ability to store around 10 times energy and 10 fold power density as compared to sponge-type ultra capacitors.
Filed Under: News