Wireless communication has been around since the 18th century when James Clerk Maxwell first proposed that electromagnetic waves can be generated and can travel through free space. Heinrich Rudolf Hertz conducted the experiments in which he demonstrated the generation, transmission, and reception of electromagnetic waves, which became the basis of Radio Frequency communication. Wireless communication was first introduced as wireless telegraphy in 1890, which soon became popular by the name radiotelegraphy. It all started when Guglielmo Marconi developed the first wireless telegraph system in 1896. The technology progressed in the early 1900s with the introduction of commercial radiotelephony, and by the 1960s first communication satellites were in space. Another decade saw the introduction of cellular systems, and mobile communication became a norm by the late 1980s in the developed countries. 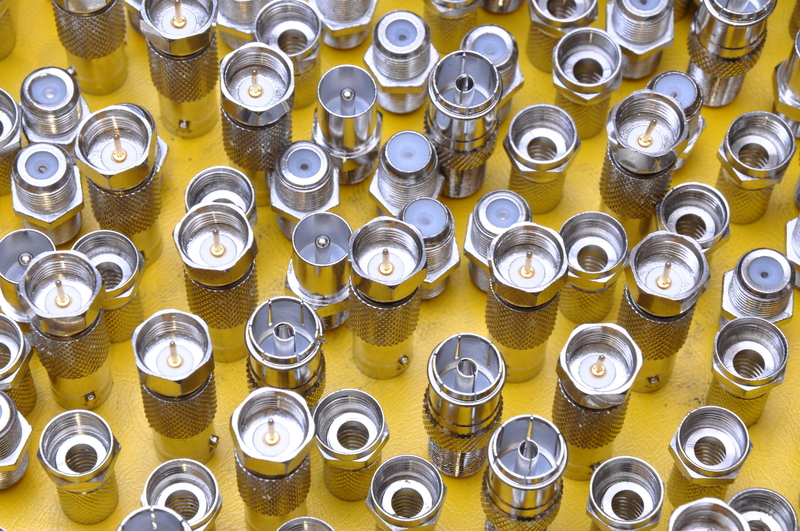 The range of frequencies used in radio frequency communication is called radio spectrum and includes frequencies between 3 kHz to 300 GHz.

The high-frequency bands like 30 MHz up to 300 GHz are reserved for the telecommunication purposes like microwave communication, radar communication, radio, and television. Some radio bands are reserved internationally for industrial, scientific, and medical purposes other than telecommunications. These radio bands are called ISM (Industrial Scientific and Medical) radio bands. The ISM band is a part of the radio spectrum common worldwide for any application other than telecommunication in the Ultra high-frequency range. The frequency for the devices that operate in the ISM band normally ranges from few megahertz to 3 GHz. These frequencies are not reserved for any specific applications, and most of the frequencies in this band are free of license.

However, a large amount of transmission power is required for radio communication at 2.4 GHz. For radio communication over the same range as the 300 MHz frequency, a 2.4 GHz signal would require several times transmission power at the transmitter side than 300 MHz frequency. For license-free use, other options available are 433 MHz or 868 MHz frequencies. These frequencies are also available for license-free use in most regions of the world. There are also many wireless modules readily available which operate in these frequency bands.

After narrowing the selection to 433 MHz and 868 MHz, the question arises about what frequency is better for radio communication. The 433 MHz is license-free but has transmission power limitations. All the modules available on 433 MHz are of very low power, and due to this, they cannot communicate over a distance of more than 30 or 50 meters. With an antenna and maximum transmission power, a 433 MHz RF module can transmit data to a maximum distance of 300 meters but not beyond that. The 868 MHz RF modules are available with higher transmitting power and can have a range over a distance of more than 2 Km. Secondly, the 433 MHz bands can get highly congested because of the large number of devices operating in this frequency with a limited operational range. The antenna height for a 433 MHz RF module needs to be more than double the size required for an 868 MHz RF module. It would be around 16 cm which is undesirable in small-size devices. In the case of 868 MHz, the operational range will be more than 2 km, a small antenna will be required, and more transmission power can be supplied to the RF module. Also, the frequency band will not get easily congested due to fewer devices operating on this frequency and the availability of higher operational distance. So, 868 MHz is the frequency that should be selected for license-free radio communication.

Frequency Modulation (FM): In frequency modulation, the frequency of the RF wave is modified according to the amplitude of the information signal. Because the amplitude of the RF wave always remains constant, it gives the modulation technique several advantages over the Amplitude Modulation. This technique is widely used by FM radio stations, television, etc.

Amplitude Shift Keying (ASK): In ASK, the amplitude of the radio wave is shifted between two levels according to whether a logical 1 or logical 0 needs to be transmitted. In this modulation technique, the frequency remains constant, as in the case of AM.

Frequency Shift Keying (FSK): In Frequency Shift Keying, the frequency of the radio wave is shifted into two different values according to the digital information; logical 1 or logical 0. As in the case of FM, the amplitude remains constant. That is why this technique has several advantages over ASK.

Phase Shift Keying (PSK): In PSK, the phase of the radio wave is modified according to the digital information; logical 1 or logical 0. This phase modulation is a technique that is specifically designed for transmitting digital information.

Amplitude Shift Keying (ASK) – It is easier to construct ASK transmitters and receivers. An ASK transmitter consumes less power compared to an FSK transmitter. Because, in amplitude shift keying, the amplitude is modified and frequency remains constant, an ASK signal requires small bandwidth. The major disadvantage of ASK, like the amplitude modulation, is noise.

Frequency Shift Keying – Frequency Shift keying also involves simple electronics, and its transmitter and receivers can be easily constructed. An FSK transmitter requires more power as the carrier wave frequency is altered according to the information signal. For the same reason, it requires more bandwidth. However, FSK signals are more immune to noise than ASK signals which is why they are better for carrying information despite slight cost increment and bandwidth requirement.

Phase Shift Keying – In phase-shift keying, both frequency and amplitude remain constant, and phase is modified. That is why PSK is more robust to noise and also requires less bandwidth, even in comparison to ASK. However, the electronics involved in building PSK transmitter and receiver are quite complex, which is the only disadvantage of this modulation technique.

Bandwidth: It is the range in which the modulated radio wave’s frequency varies. The communication devices and communication channels should be capable of handling frequencies in that range.

Data rate: The data rate is simply the speed at which the information (digital data) can be transferred in a radio communication system. It is usually expressed in bits per second or bytes per second.

In the next tutorial of this series, we will design a radio communication system using a wireless microcontroller board and set it up for use. The series will continue with the examination of various performance parameters by altering the design factors programmatically.