Continue to Site
A new research recently revealed that microscopy can have severely damaging effects which means it is not that good as we were all expecting it to be. It was being counted as those technologies that could help the scientists manipulate as well as study everything at a very microscopic scale. The Focused Ion Beam Milling process makes use of some highly energy filled particles for cutting and analyzing materials measuring one-thousandth of a human hair strand. This technology had remarkable ability to alter scientific fields right from materials science to biology and engineering as well as earth sciences. FIB has now become an essential tool for numerous applications like automotive applications, nuclear and aerospace engineering, as well as prototyping of micro-fluids and micro-electronics.
FIB was previously considered as the reason behind structural damage inside a very thin surface material layer that was being cut. Till date, the researchers thought that the effects of FIB didn’t cross the damaged layer. Unfortunately, they were wrong.A new study done by a team of researchers from Oxford University showed that the reality is quite different and FIB can also transform that structural identity of an object. This research was carried out in association with colleagues from USA, Culham Centre for Fusion Energy, UK, Australia, and so forth. 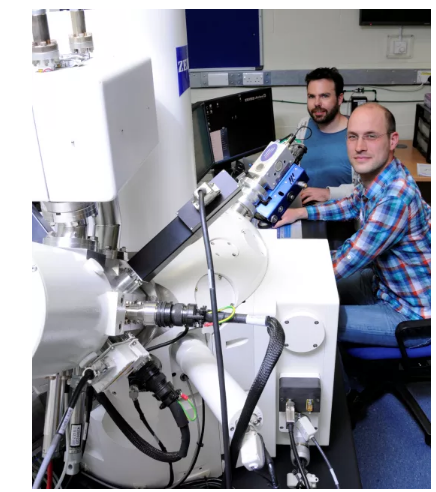 They made a study of the damages caused by FIB with the help of a technique called as coherent synchrotron X-ray diffraction. It mainly depends on ultra-bright high energy x-rays that are currently available at central facilities like Advanced Photon Source located at the Argonne National Lab. These X-rays are capable of probing in a 3D structure of objects at a nanoscale. The results showcased how even the negligible amount of FIB doses can have a dramatic effect on the material structure.
The lead author of this study and also an associate professor at the Oxford’s engineering science department adds, “Our research shows that FIB beams have further-reaching consequences than first thought and that the structural damage caused is considerable. It affects the entire sample, fundamentally changing the material. Given the role FIB has come to play in science and technology, there is an urgent need to develop new strategies to properly understand the effects of FIB damage and how it might be controlled.”
Filed Under: News
Tagged With: Research