Do you know that by the time you finish one clap, light has already travelled across the globe seven times. The world of science has already mirrored this effect through fiber optics that are currently being used for data transmission across the world in the most efficient and swiftest manner. But that is a large-scale application, what about the small-scale ones? A team of researchers recently found solution to this problem giving small-level application the ability to transmit large quantity of data in a similar manner. In coming days, out computer chips will work with the same speed as that of light courtesy a recent innovation including waveguides and carbon nanotubes. Together, these two will convert electric signals into pre-defined optical signals. 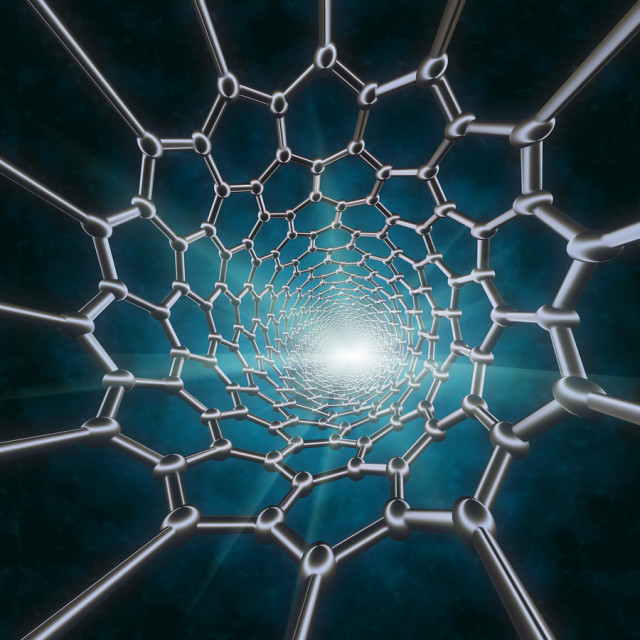 The team of engineers working on this project accomplished this task by installing carbon nanotubes worth 1 micrometer length and 1 nonometer diameter over metal contacts standing transverse to wave guide. The final results were obtained using dielectrophoresis, a process under which uncharged particles move towards area of maximum field strength under an unevenly charged electric field. Using this process, the carbon nanotubes were abstracted from the solution and aligned vertically along with waveguide. The method is considered to be highly effective for movement of nanoscale objects to the carrier material. The carbon nanotubes, in this case, integrated in the waveguide to serve as a mini source of light. As the electric voltage was applied, it led to production of photons. A minute compact switch element was further used for conversion of electric signals into clear optical signals.

The wavelength at which the light will be transmitted gets determined by the way waveguide is processed. The waveguides that measure multiple micrometers in length are provided with very fine engravings and nanoscale cavities through electron beam lithography that decides the optical features of waveguide. The resulting photonic crystals reflect light in the same manner like a butterfly’s colorful wings. Nevertheless, the main result of this application is lot more than just pretty reflections. The small converter used here for altering an electric signal to optical one brings us a step closer to future of computers. The converter squeezes the photons up to the extent of laser and reacts to altering signals speedily. Even in experimental stage, the researchers are able to generate light signals from electric signals across a frequency of gigahertz. Light-speed chips would means computers that work way more faster than we have ever seen. It will revolutionize the world of computing.