According to a novel research from the Stanford it is feasible to judge when you are going to fall sick. These are the scientists from Stanford who have found that smart watches and other personal biosensor equipment can help people to know when they will meet colds and even signal the onset of intricate conditions. “We intend to tell individuals when they are healthy and whey can meet illness at their earliest stages,” says Michael Sndyer, a Ph.D. lecturer and Chair of Genetics at Stanford and head author of the research.

Postdoctoral scholars Jessilyn Dunn, Ph.D. and Xia Li, Ph.D. and scientist Denis Salins share head authorship. Smart watches and similar compact devices are popularly employed for estimating steps and physiological parameters, but have not primarily been used to identify illness. The group of Synder took benefit of the portability and ease of employing wearable devices to gather a range of estimates from participants for up to 2 years to identify deviations from their normal baseline for estimates like the skin temperature and heart rate. Since the devices regularly follow such measures, they potentially offer rapid means to detect the onset of ailments that alter your physiology.

Numerous of such deviations coincided with times when individuals became ill. Skin temperatures and hear rate tends to increase when people fell ill, confirms Synder. His group wrote a software program for information from a smart watch known as ‘Change of Heart’ to identify such deviations and sense when people are falling sick. Such devices were able to identify common colds and in one stance helped Lyme ailment in Synder, who participated in the research. 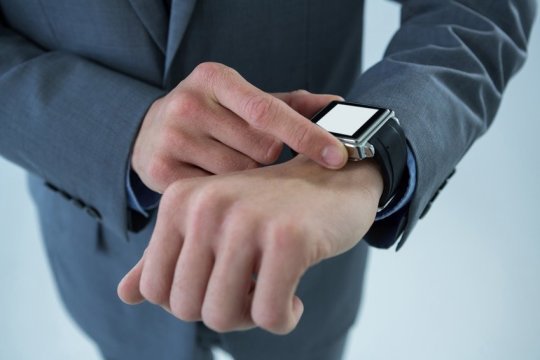 “I had elevated heart rate and diminished oxygen at the instigation of my vacation and knew something was not quite right,” says Synder. After running a low-grade fever for multiple days, Synder visited a physician who confirmed the illness. Synder took the antibiotic doxycycline and the symptoms vanished. Subsequent tests confirmed the presence of Lyme. The smart watch along with an oxygen sensor was beneficial in identifying the earliest of signs of illness.

This study paves the way for the smart phone to cater as a health dashboard, monitoring health and sensing early signs of ailment, likely before the person wearing it does.

In addition to identifying illness, the research had numerous other interesting findings. Individuals with indications of insulin resistance and who are therefore are at a major risk for Type 2 diabetes are often unknown that they this risk factor. Personal biosensors could potentially be introduced into a simple test for those at a risk of Type 2 diabetes by identifying variation in problems of heart rate that tend to vary from those not at the risk.