Electronic hardware filters can be classified into two types: active and passive. 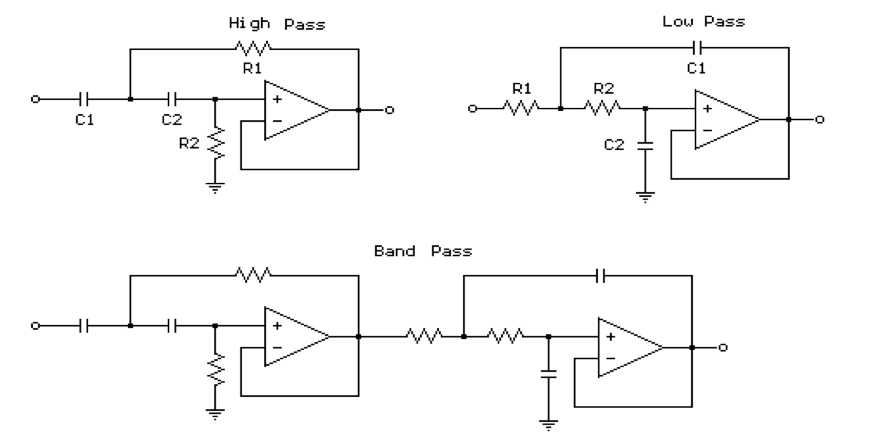 Passive filter: Filter circuits that consist of only a resistor, capacitor, and inductor and are tuned to resonate at a certain frequency, are called passive filters. 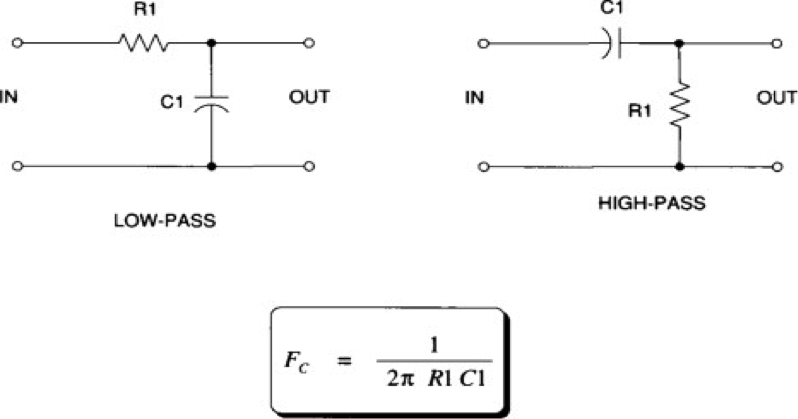 There are mainly four types of filters in electronics based on their frequency response, and they can be designed using active and passive components. These are low-pass, high-pass, bandpass, and band-reject filters (notch filters).

Low-pass filter
A filter that provides a constant output from  DC up to a cutoff frequency and then passes no signal above that frequency is called an ideal low-pass filter. 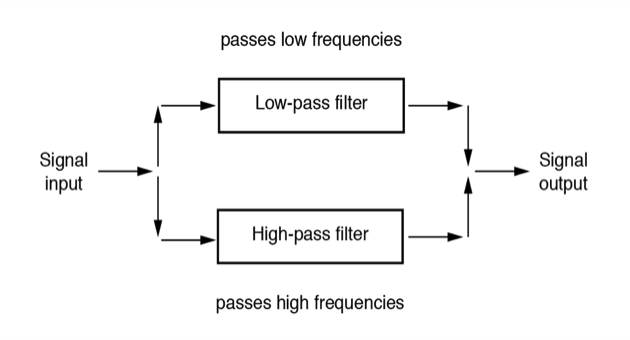 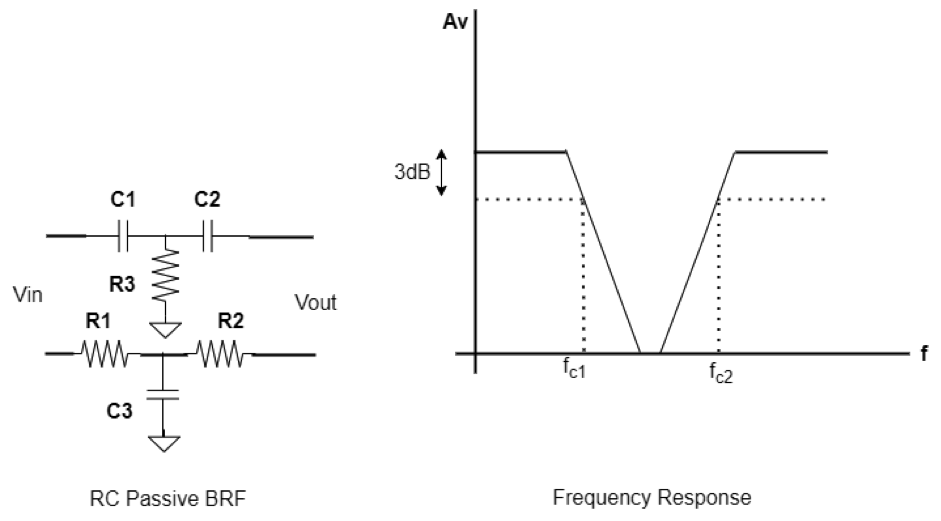 The idealized filters defined above cannot be built easily. There should be an instantaneous transition from pass band to stop band. But there is a transition region that is reduced by the designer by doing various order filter designs.