Continue to Site
The horror of exploding smartphones came to an end as Samsung decided to call off its flagship Note & smartphone. This marks a big failure on behalf of Samsung that was pitching this handset against iPhone 7. The story doesn’t end here, the phone has been banned on all flights even after replacements. 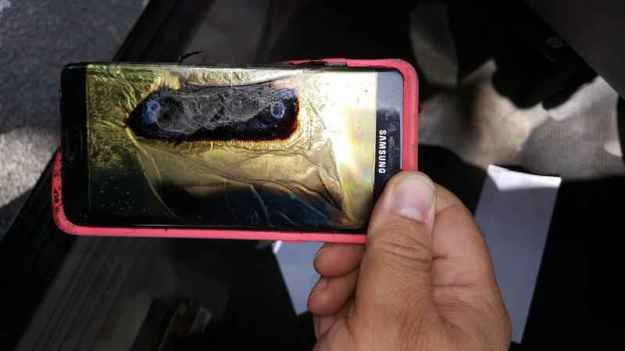 However, the bigger question is why this happen and how could a company as big as Samsung commit such a blunder. Here are a few theories that have been put forward by the experts:
• New Kinds Of Manufacturing Issues: The Consumer Protection Safety Commission (CPSC) supported Samsung with respect to their US recall and tried to interpret the reasons for exploding of these gadgets. As per them, the batteries used in phones by Samsung SDI were faulty from the beginning. On further investigation, it was found that the batteries used in these phones were too large for their slots, this resulted in crimping and finally, overheating and short-circuiting, the extreme cases resulted in a fire. However, the company did replace the SDI batteries post recall, this time, it used China’s Amperex Technology. Unfortunately, this failed as well as the phones had some inherent manufacturing issues battery was just one of those.
• Fast Charging: Everyone wishes their phones to work an extra time and take minimum recharge time. To give a super recharging ability to Galaxy Note 7, Samsung modified the processor with some tweaks. But this backfired as well and instantly led to overheating of the phone. The basic concept is if you charge the battery swiftly, it becomes more volatile. And when one such thing happens, even the smallest sparks can lead to a boom.
• The Beautiful Design: Squeezing multiple features in super slim bodies has its own side-effects. The slimmer phones are, no doubt, a trend, but this can also lead to extra pressure on battery packs leading straightaway to short circuits and explosions. The over-condensed designs leave no space for ventilation and the high power consuming tasks like 3D video games can overload the system easily. It becomes a ticking time bomb that can boom any moment.
Filed Under: News