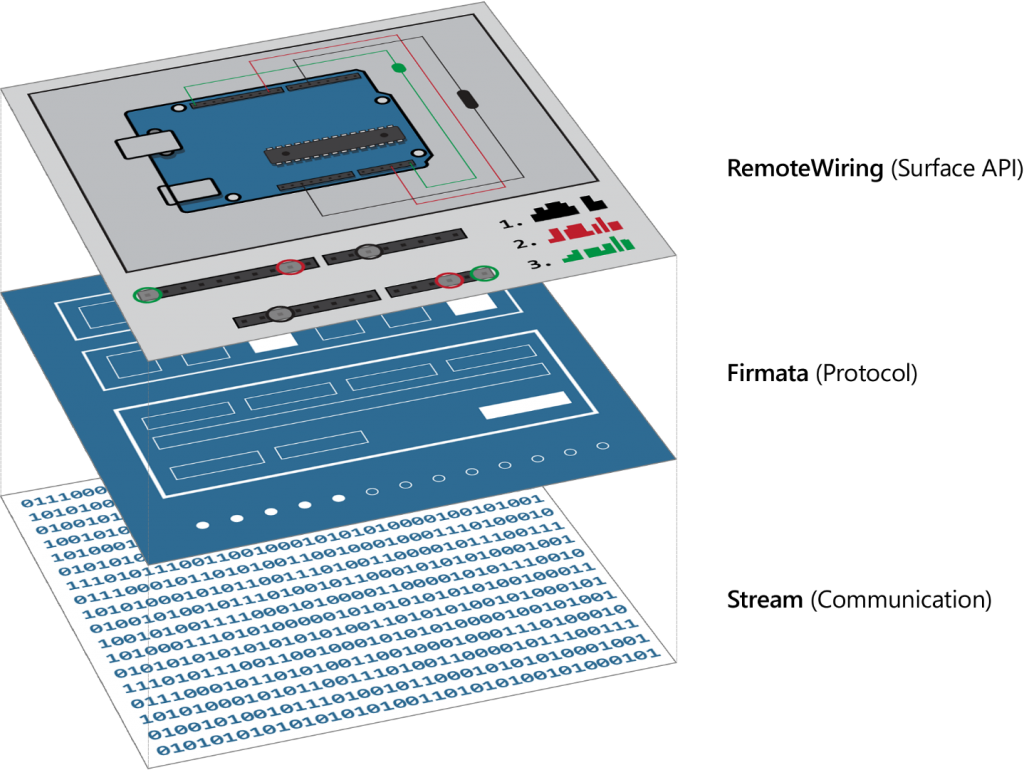 Windows Remote Arduino refers to an open-source Windows library that permits all Windows 10 based devices to control an Arduino remotely. It includes Surface, Raspberry Pi2, PC, as well as Windows phones. The library allows the developers to bring together Windows projects and Arduino sensors, it also allows them to get off heavy tasks that are either too complicated or heavy for Windows from Arduino. You can locate the Windows Remote Arduino library at https://github.com/ms-iot/remote-wiring.

Windows Remote Arduino is capable enough to take care of a number of Arduino functions like Analog read, Digital Write, Digital read, Setting Pin mode, Analog write, and several others. Now that we know what this technology is capable of, let’s take a look at its’ working. The developers of Arduino Remote Wiring API bears a close resemblance with that of Arduino Wiring API. there are a few modifications to make things better like the WInRT framework design is completely different from the fundamental Wiring language that is employed for Arduino sketches. For setting up communication between Windows 10 and Arduino they chose Firmanta. It is one of the most widely accepted protocol that is open for implementation in several languages.

The Windows Remote Arduino was framed as a three-layered cake. The bottom layer was the physical one, next was the communication later while the uppermost one  was a surface API. the developer interacts with the RemoteWiring layer for all basic use cases. A RemoteDevice need to be engineered along with the IStream implementations in the stream layer.