A Wireless Sensor Network (WSN) consists of the following:

The wireless sensor node is a battery-powered or solar-powered circuit that senses any physical quantity (like temperature, pressure, flow, soil moisture, gas, smoke, etc.) and transmits its value to a remote receiver. It consists of

Many such sensor nodes are placed at a regular distance in a big geographical area to cover the complete area. They all send their data to one receiver that is placed in central data monitoring and storage system. All the sensor nodes transmit data (sensor value) periodically. The receiver receives the data from all such nodes, and it is stored and displayed for monitoring and controlling purposes.

Just have a look at one example.

Here in this project for the sensor node, I have used gas sensor MQ2 to sense different gas (like CO2, methane, LPG, propane, etc.) in the atmosphere. The idea is to detect gas leakage at any point. For example:

So let us build the system, starting with the block diagram first, followed by a circuit diagram, its working, and operation. The software program is given at the last 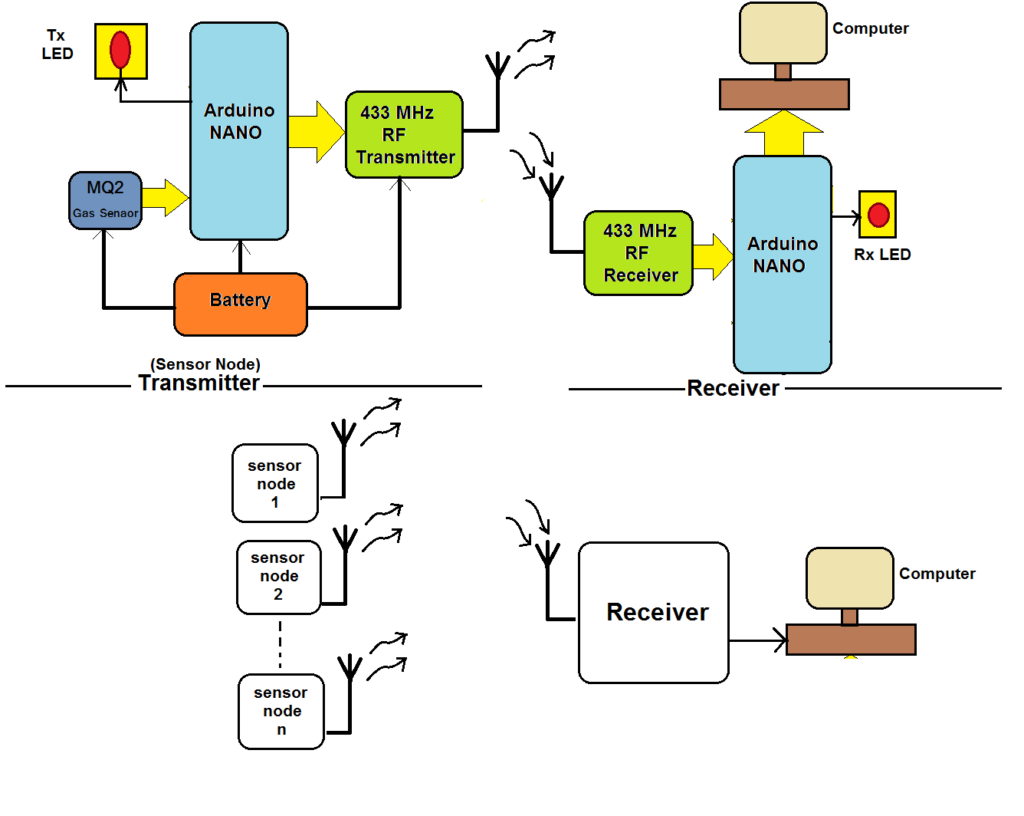 The complete system is divided into two distinct blocks

There may be any number of sensor nodes situated at different places, but there will be only one receiver that is connected with a central data storage system (computer)

The receiver consists of only two things, (1) RF receiver module and (2) microcontroller.

Here in our case As shown in the figure, there are only 3 major components in the circuit 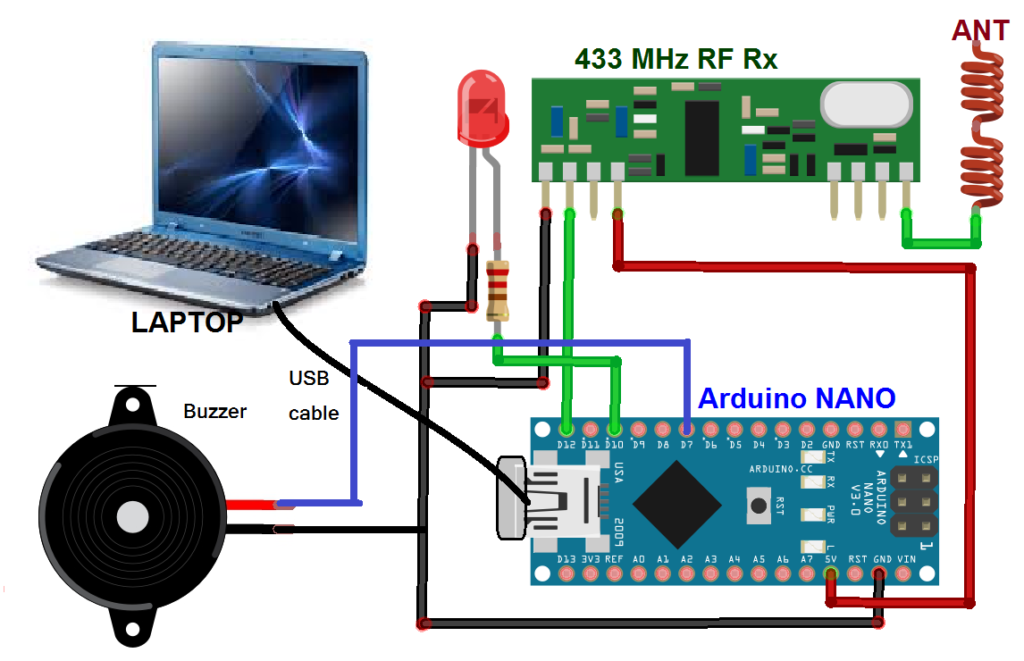 As shown in the figure, there are only three major components in this receiver circuit

Sensor node
If I want to say sensor node operation in a single line, I will say, “it will periodically sense gas and transmit them.” But it is not that simple. There may be 2, 3, 5, 10, or N number of sensor nodes as we had seen in the block diagram. They all are doing the same thing. More than one node may transmit data at a time. Another question is, “how would the receiver know the data received is from a particular node (say node 1, node 2, etc.)?”

To overcome these problems, special arrangements have to be made. All the sensor nodes will be synchronized in time so that two nodes will not transmit simultaneously. In any case, if that happens, the receiver will accept any one sensor data. Also, all the nodes are assigned numbers (say from 1 to N), and before they transmit the data, they transmit their node number. So the receiver would know this data is from sensor node X.