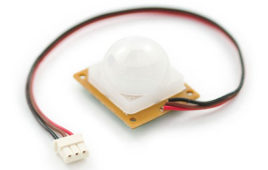 The term ‘Motion detectors’ can be used to refer to any kind of sensing system which is used to detect motions; motion of any object or motion of human beings. However, it is primarily used to detect motion of human beings or in other words, presence of a body in a certain area. A motion detector is an electronic device that detects the physical movement in a given area/ designated locations and it transforms motion into an electric signal. Motion sensors are commonly used in security systems as triggers for automatic lights or trips for remote alarms and similar applications. Motion sensors work based on a wide variety of principles and is used in a wide variety of applications. Typical usage could be in the exterior doorways or windows of a building for monitoring the area around the building.