A small researcher’s team formed from participants from Stanford University, Ponta Grossa State University from Brazil, and the University of Hawaii, recently discovered a reason for why sun’s surface rotates slower than the core. They published a paper on this theory, it explains how they made use of a completely new technology to scale rotation speed of sun over various depths and what it showcases about the sun’s speed for the outer depth its skin for first 70kms. The researchers and scientists teams that have been working for long over Sun are well aware of the fact that sun’s rotation speeds differ at different depth levels and it spins much more slowly on outer level as compared with the inner ones. Till now no one could explain why exactly this was taking place. But recently, the team made a few new efforts in this direction and found the main reason behind the slow speed of the closest star. 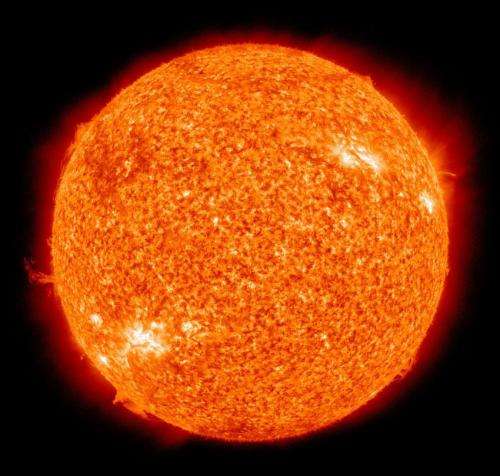 In order to develop a better understanding about it, they started observing the pictures that were taken by the Solar Dynamics Observatory – a probe that has been rotating around the sun since 2010. When they processed images of three and a half years with filters they were able to take a close look at different layers of the sun. This also allowed them to calculate the speed of their rotation and they concluded that the outermost layer moves much slower as compared with the ones beneath it. Further, they took hints from all previous researches that took place in this respect and created a model of sun. In this model, the photons going out from the inner plasma layers finally collide with plasma that has much less density as compared to the outer layer. As the collision between plasma and these photons takes place an angular momentum is exchanged that leads in a net loss of plasma angular momentum. The net loss leads to slowing down of plasma since the photons that lead to this slowdown elope into space. The team concludes that, the huge number of these collisions in last 4.5 billion years led to slowing down of the outer layer of sun as we all see today.