Electricity and Biology, does this makes combination makes any sense? If no, just pinch yourself and there you go. This pinching has excited the neurons to carry the signal to the brain, which processes them to be indicating pain. Now let’s put some engineering to biological process. All the process of stimuli, muscle movements are due to ionic movements and do generate electrical signals. In this case of pinching, the neurons which connect to the brain communicate through electrical signals. It all makes sense now, doesn’t it? This might be a “thank you, captain obvious” explanation for those who know about Biomedical Instrumentation and machines like electrocardiogram, electro encephalogram. 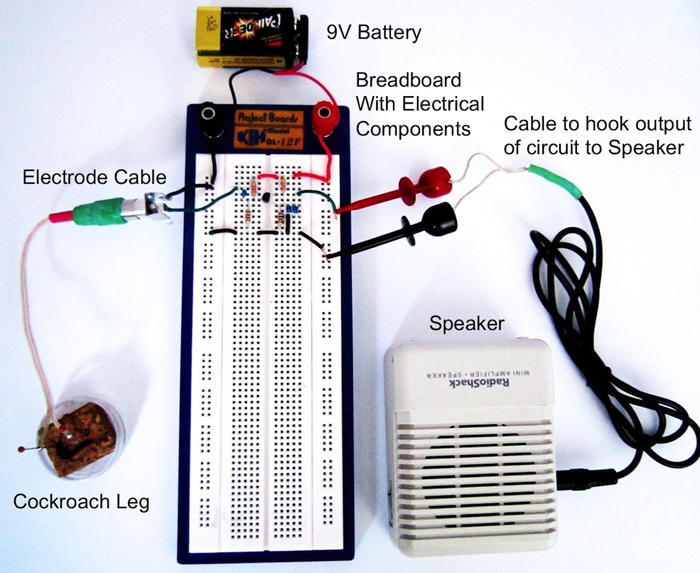 Anyways, this blog, I stumbled on the internet, explores (& encourages) various neuro-physiological experiments and gives the outputs on a digital screen. Fascination comes here, when one finds out that the circuit is based on a single board (known as Spiker Box) interfaced with a digital temperature meter, speaker and an iphone. For biological components, they take leg of one of most omni-present living organism, cockroaches.
They start with detailing about some interesting electronic or transistor basics, go on to tell about how neuroscience works and then show how can one mix both and learn!! Check some their videos out!!
Video for Effect of Temperature on Neurons