Nano-Nouvelle from Australia was recently able to prove that its own nanotechnology is capable of supporting industrial scale manufacturing that increases the speed of output by one hundred times. It is a Sunshine Coast based firm that is busy in development of a new kind of nanotechnology that boosts energy storing capacity of lithium ion batteries with the help of devices that range from notebooks to mobile phones, electric vehicles, and so forth.

The firm work profile includes a lot of named across the world which guarantees its biggest feature of battery boosting along present day lines of production. Nano-Nouvelle completed its first roll-to-roll production trial that witnessed Cemco, a Britain based company, successfully run roll of raw membranes via a chemical plating process that generates a copper-plated Lumafoil roll. Copper Lumafoil is a 3D porous material that has been designed to replace solid metal foils current collectors, these send the stored power to external circuits. It weighs some 70 percent less as compared to present day options used in lithium ion batteries. 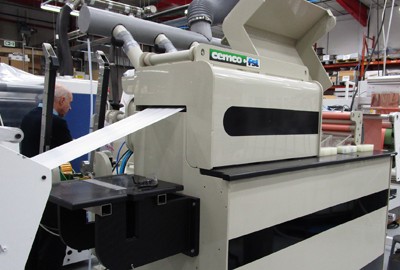 The CEO of Nano-Nouvelle, Stephanie Moroz explains that roll-to-roll trial was minimum 100 times speedier than the genuine manual plating process that has equivalent quality. She further adds, “This is huge win for us, this is the first time we have proved that our technology can be made in a mass production process. We can now produce rolls of the material for larger batteries to be used in customer field trials. Demonstrating that our nanostructure can be produced on a commercially viable production line gives us a route to full-scale production that other forms of nanotechnology can only dream of.” Almost every battery manufacturer that was shown this concept was impressed equally. An Asia based manufacturer quotes, ““We have seen many 3D material concepts but you are the first to demonstrate roll-to-roll processing. We are very impressed.”