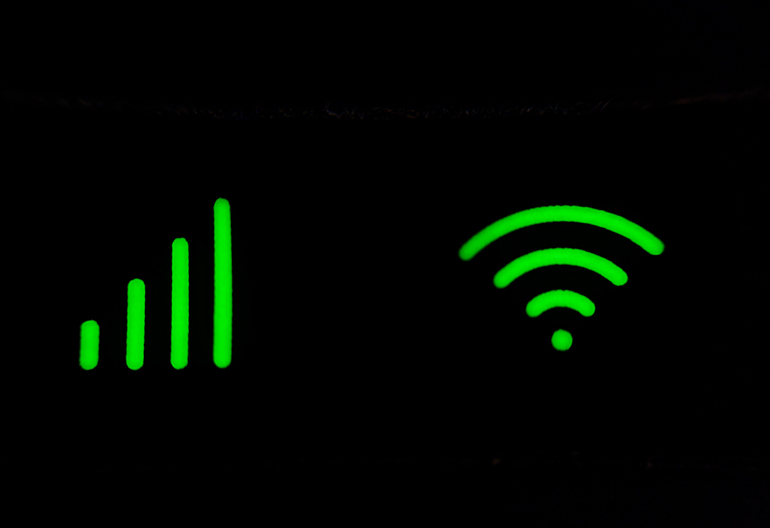 How cool it would be when devices on your workbench are interconnected? Creating a personal space for yourself where one of your devices acts as a server or a hub and allows you to access any information from any of your devices!! Sounds cool right? It would be super awesome when such connections are wireless. You can relish many facilities like Internet, GPRS, etc. All this has a technical term “Personal Area Network (PAN)”. If these connections are wireless, then we call it Wireless Personal Area Network (WPAN).

Let’s look into a formal way of putting it. WPAN is a wireless interface for transferring data at much faster rates without interference from the other devices. One of the devices can act as an access point and hence provide facilities like Internet access to other devices. As WPAN uses a wireless connection and that too, with the devices on the workbench, one can guess its range for effective operation. Usually, it ranges within a few meters i.e. 10-100meters. Therefore, WPAN is also known as short-range wireless networks.

The key concept in WPAN is “plugging in”. So what’s that? When two WPAN enabled devices are brought in close contact (a few meters away), these devices communicate effectively as if they were connected through a cable. Basically, they mitigate or cancel out interference between devices.  WPANs are built using communication standards like Wi-Fi, Bluetooth, Zigbee, etc. and this article is centered on a comparison between various WPANs with a brief introduction.

One of the most popular networks used in homes or business environments is Wi-Fi (Wireless Fidelity). So how did this evolve? In 1985, the United Federal communication Commission released bands of radio spectrum for its use by anyone. Since the communication device manufacturers found it difficult to match their operation to this band, a common standard 802.11 approved by IEEE was used in 1990 and was headed by Victor Hayes, Father of Wi-Fi. After combining this standard with Nokia and Motorola, Wi-Fi was introduced in 1997. In order to render services to electronic gadgets, Wireless Ethernet Compatibility Association (WECA) was set up in 199 and they named this standard as Wi-Fi standard. Wi-Fi is based on OSI protocol in which the physical and MAC sub0-layer are used leaving other layers for gadget manufacturers. The maximum data rate of 802.11 is 2Mbps, while 802.11n provided an improved data rate of 60 Mbps in 2007 and the latest version provides a data rate of 250Mbps. Wi-Fi uses a technique called “spread spectrum” in which a signal is split into smaller pieces and transmitted through multiple frequencies. Since the smaller signals get reflected from walls and other obstacles, there is every possibility of multipath interference.

One of the major advantages of Wi-Fi is the reduction of multipath interference. Also, as the signal is transmitted over multiple frequencies with lower power per frequency, multiple devices can be connected to the same Wi-Fi transmitter. Wi-Fi has its own pros and cons. It has good productivity, mobility, convenience, less installation costs and expandability. Despite its advantages, it has got its own disadvantages like insecurity, speed limitation, range and reliability.

The second wireless protocol in existence is Bluetooth. It has an operating frequency of 2.4GHz with low power consumption than Wi-Fi. A unique feature of Bluetooth is that, it links not only computers but small gadgets like PDA, headphones, headsets, etc. The range covered by a Bluetooth network is relatively less than Wi-Fi. Want to know why? Wi-Fi has additional antennas in the communication system based on the version, thus covering a larger area while no such antennas exist in Bluetooth. Bluetooth makes use of frequency hopping spread spectrum technique to combat the effect of interference. There are many day-to-day applications making use of Bluetooth like hands-free calling, a wireless mouse and so on. One of the most typical applications today is the transfer of songs and data from mobiles to laptops or between mobiles. So what is this actually? How does it work?

Before we move on to it, there are two technical terms to be known: piconet and scatternet. Piconet is an environment in which the devices share a common radio channel and their operation is determined by synchronized clocks of the master device. Amass of Bluetooth piconets overlapping in space and time is scatternet. Bluetooth makes use of two principles “inquiry” and “inquiry scan”. Let us consider the transfer of data between two mobiles. The master mobile sets up the hopping frequency and the slave mobile synchronize to the master. This forms the piconet. The master going to transfer the data selects the data and starts scanning. This scanning device will listen to the known frequency that is actively inquiring. Once an inquiry has been received by the scanning device, it sends a code or a password to check whether the inquiry coming from the device is the correct one to receive information. Once the code word or password matches, the slave connects to the master at successively higher layers and starts the process of data transfer. Hence, Bluetooth makes data transfers at shorter distances much effectively.

A third protocol that was thought to make Bluetooth redundant is, Zigbee. Zigbee is used for Low Rate WPAN (LR-WPAN) with minimum power consumption, long battery life and covers a range of 10m. Zigbee supports different topologies like star, mesh, peer-to-peer but the basic cell type is a star topology. Zigbee technology can have three types of nodes. The primary nodes are the coordinator nodes, involved in the activation of the system by collecting data from the memory. The second node is the Zigbee router node responsible for sending the information from the source to the destination or for the extension of the network. The end-user node is the third node. Zigbee protocol is widely used for security purposes. It can be used in industries and factories where the entire workplace can be seen and controlled from a single cabin.

Having known a glimpse of what is what; let’s look into the comparison factors:

2. IEEE Spectral Standards: Every wireless protocol must follow a common standard for the devices to be compatible and for effective operation. Wi-Fi standard is 802.11 with a series of protocols 802.11a/b/g. Even though Bluetooth is not under the IEEE standard, it was defined under 802.15.1 standard while Zigbee is defined under 802.15.4.

4. Range: Since all of these standards are wireless, they have a shorter range for its effective operation. Wi-Fi has a range of 10-100m because of its additional antenna (based on the version), Bluetooth covers a range of 10m and Zigbee has the same coverage area as that of the Wi-Fi.

5. Maximum Number of Cell Nodes: Of all the three, Zigbee has the highest number of nodes which is 65000(approximately). Even though it might seem advantageous, it is limited by the data rate. The number of nodes that can be connected to a Bluetooth network is eight and that for a Wi-Fi, can be one to several devices at a time. This depends on the router too.

6. RF Channels: Since spread spectrum technique is involved, the radio section spectrum is divided into channels of equal bandwidth for its effective transmission of data packets. Bluetooth has 79 RF channels, Wi-Fi has 14 RF channels at 2.4GHz and Zigbee has a single channel at 868MHz, 10 Channels at 915MHz, and 16 channels at 2.4GHz.

7. Channel bandwidth: Having discussed the number of RF channels, the next question would be the bandwidth of each channel. Wi-Fi has a channel bandwidth of 22MHz, Bluetooth has 1 MHz bandwidth and Zigbee has bandwidths of 0.3 MHZ, 0.6MHz and 2MHz for its various frequencies of operation.

8. Networking Topologies: Wi-Fi supports a star topology. Bluetooth supports point-to-point and point to multipoint topologies. Zigbee, on the other hand, supports star, mesh and other topologies but its basic cell type is of star topology.

11. Applications: Wi-Fi is mostly used for connecting computers to routers or internet gateways. It also connects electronic gadgets like PDA, camera, gaming devices, etc. Bluetooth is mainly used to connect a computer’s peripheral devices like mike, printer, joystick, etc. Zigbee can be used for monitoring and control purposes. It can be connected to devices smaller in size and that which consumes less energy.