Continue to Site
Google wants robots across the world to unite! It is according to the latest plan of Google to boost robotic learning and to enable robots to share their experiences and collaboratively enhance their potentials. 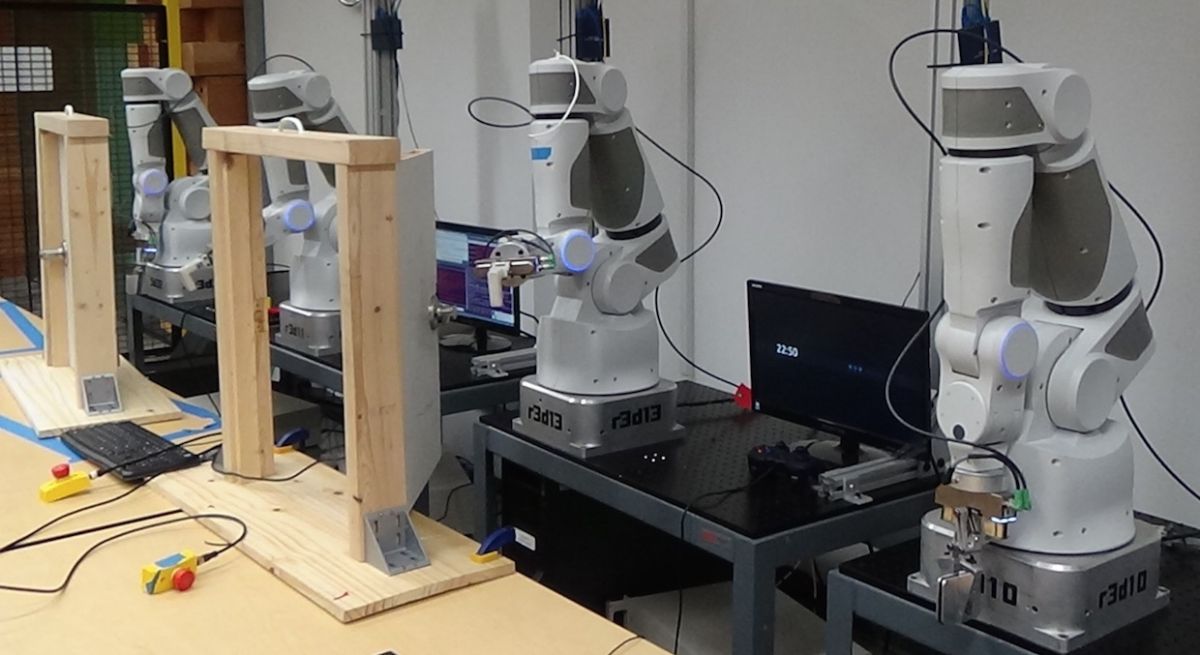 Sergey Levine from the Brain team of Google, along with associates from Alphabet subsidiaries Deep Mind and X, the same has been detailed in their recently published blog for ‘general purpose ability learning across numerous robots.
To make robots learn how to perform even the most basic job in virtual world settings like offices and homes has vexed robotics for innumerable years. To combat this limitation, the researchers from Google decided to link two latest technology advances. The first is cloud robotics, which illustrates a concept that envisions robot sharing skills and data with each other with the help of an online repository. The other is learning through the machine, and in specific, the application of intense neural networks to allow robot learn for themselves.
As per the series of research work executed by the scientists, separate robotic arms attempted to perform a given job repeatedly. It is not a surprise that each robot was able to enhance its own skills over time, knowledge to adapt to small variations in the environment and its own movements. But the team from Google did not stop there. They avail the robots to enhance their experiences to ‘develop a popular model of the skill, which as the scientists explain, was faster and better than what they could have accomplished on their own.’
In their present research, the Google scientists tested for three distinct situations. The first engaged robots are learning motor skills straightaway from hit and error practice. Each robot instigated with a copy of neural net as it focused on opening a door again and again. At timely intervals, the robots transmitted data about their performances to a primary server that utilized the data to construct a novel neural network that efficiently captured how the action takes place and success were linked.
In the second situation, the scientists intended robots to learn the ways to interact with varying objects not through trial and error method but also by preparing internal models of various objects and their behaviours. Within this situation, the robots shared their experiences together and constructed what the researchers illustrate as a “single expected model.”
Ultimately, in the third situation the robots were involved to learn skills with the assistance of humans. The primary idea is that individuals have multiple intuitions about their interactions with the world and object, and hence, by assisting robots with analysing skills we could transmit some of such intuition to robots and allow them to learn these skills faster. In this circumstance, a scientist assisted a team of robots to open distinct types of doors while a singular neural network on core server encoded their experiences.
Filed Under: News