Continue to Site
A team of researchers from American Chemical Survey (ACS) claims to have formed a stronger and lighter version of carbon foam from baked bread. This kind of foam has several insulation and structural applications in various departments including temperature maintenance, energy storage, and aerospace engineering. The newly developed foam has proved its worth by surpassing all present versions of carbon foam in terms of strength, weight, and resistance  to temperature fluctuations. The customary carbon foams are heavier, weaker, lack desired strength, expensive, and are formed from a ecologically harmful method. 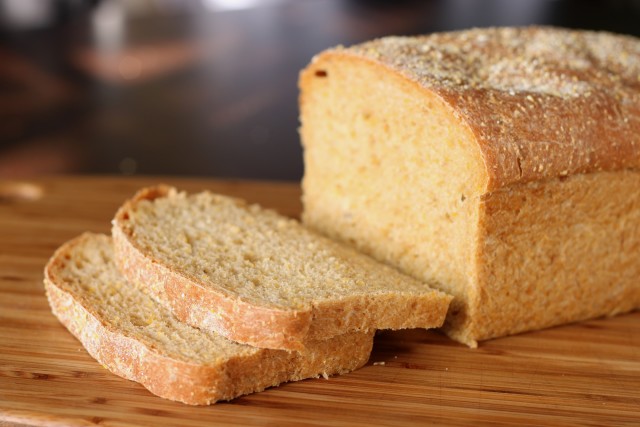 To overcome these challenges, ACS brought-in a super-toasted bread technique that created the carbon foam. Basically, carbon foam structures are pretty much similar to aerogels. These are light in weight because of their 3-dimensional structure, capable of tolerating higher temperatures, and can easily adjust their electrical and thermal properties. Several other substances like graphene 2D sheets or biomass like banana peels can now be used in manufacturing of these foams. But the biggest challenge is that these substances lack balance and are with consistent inner structure. The team of ACS developed a low-cost, green method based, and versatile way to generate a stronger carbon foam.
To convert bread into carbon foam, the researching team brought-in an ideal bread recipe that included mixing of water and yeast, kneading, and then baking it under perfect conditions. The bread was then sent to a laboratory tube furnace where it was converted into carbonized foam under influence of argon gas. Argon is found in abundance in nature that makes its manufacturing an economical process. It also prevents graphite from burning at scorching temperatures that is one of the basic prerequisites of this process.
The carbon foam derived from this process was subjected to spectroscopy, this process helped the researchers in showcasing the stiffness and insulation of this new carbon foam against electromagnetic interference. The test was mandatory for understanding the foam limitations in applications related to energy insulation and storage. As compared to the traditional carbon foams, the newly developed version has much lower flammability and is more economical in terms of creation.
Filed Under: News