Continue to Site
One of the keywords closely associated with drones is “autonomous” – an unmanned aerial vehicle is perfectly capable of taking care of its own flight. It is the only highlighting features that will help the drones in helping the people commercially like delivering toilet papers or groceries to customers. The information was recently shared by Manish Kumar who is an associate professor of mechanical engineering at the College of Engineering and Applied Science under the University of Cincinnati.
Kumar, along with his co-authors, a UC researchers, Nicklas Stockton, and an aerospace engineering professor, Kelly Cohen, observed the problem drones were facing in navigation in the always-changing airspace during a study that was recently presented at the Astronautics SciTech 2017 Conference this January. The main problem was faced when they tried to land these drones over mobile platforms like a delivery van or a U.S. Navy warship moving in seas. Kumar adds, “It has to land within a designated area with a small margin of error. Landing a drone on a moving platform is a very difficult problem scientifically and from an engineering perspective.” 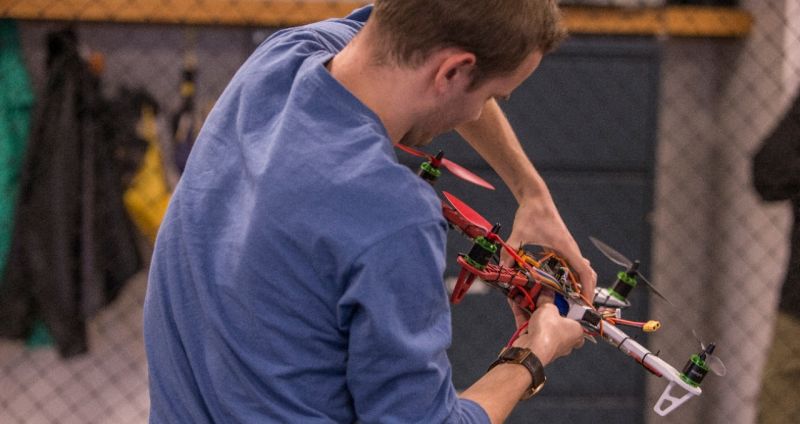 In order to find a solution to this problem, the team of UC researchers applies a concept known as fuzzy logic, a special kind of reasoning we all use on a subconscious level regularly. While the team was much bothered about accuracy and precision in everything they did, most of the people make most of their day through generalities and inferences. In place of seeing this world black and white, fuzzy logic permits for degrees and nuances of truth. He adds, “In linguistic terms, we say large, medium and small rather than defining exact sets. We want to translate this kind of fuzzy reasoning used in humans to control systems.&quot; The fuzzy logic helps drone in making good navigational decisions in between a sea full of statistical noises. It is known as genetic-fuzzy as the system develops with time and constantly discards the smaller solutions.
Filed Under: News
Tagged With: Research