Continue to Site
Alcatel-Lucent Submarine Networks and Nokia Bell Labs recently announced that they were able to achieve a high data transmission speed of 65 Terabit per second over transoceanic cables. As per the details declared by Nokia, their team of research engineers has been able to stimulate transmission speed of 65Tb/s that equals data transmission over a distance of 6, 600kms in lab tests. The new discovery has been made possible by a new kind of modulation technique known as Probabilistic Constellation Shaping (PCS). 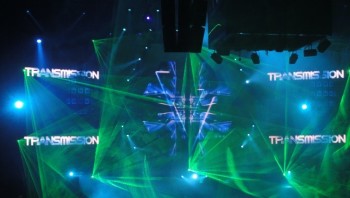 It is a step ahead of the old transmission system where all kind of constellation symbols were transmitted through similar occurrences. The PCS technology makes use of non-uniform methods constellation symbol transmission. The reduction in the frequency of high power symbols, the new technique shows higher insulation to noise, thus, it has a way better chance of dynamically adjusting to constantly altering conditions over the fiber line.
Having said this, now let’s see how it will make lives of regular data consumers better. If you believe what Nokia has to say, a 65Tb/s speed of data transmission will equate transmission of 10 million HDTV channels over same line simultaneously. Taking it to a more accurate level – the first undersea amplified transatlantic cable system that was installed 2 decades back had a speed of approx.1/13, 000 times of what can be achieved by PCS channel, theoretically.
According to Weldon, “The future digital existence where everyone, everything and every system and the process is connected will require a massive increase in network capacity and the ability to dynamically optimize this capacity. Probabilistic Constellation Shaping extends the limits of current optical transmission by utilizing novel modulation techniques to dramatically improve the performance and capacity needed for the new digital era”.Weldon is the CTO of Nokia Bell Labs. All these figures, right now represent the PCs abilities in a controlled environment under ideal conditions, how these are going to behave practically is a completely different perspective.
Filed Under: News