Continue to Site
Like a potter shaping clay as it spins on a wheel, scientists employ magnetic fields and robust particle beams to regulate and shape the plasma as it alters and turns through a fusion device. Now a researcher has prepared a novel system that will allow scientists to regulate the rotation and energy of plasma in real time in a doughnut – shaped machine called as a tokamak.
“When crafting fusion machines, it is becoming more essential to use control systems and structuring techniques taken from the world of aeronautics engineering,” says Imene Goumiri, the researcher who headed the study. “What is new is that such tools have now been applied to problems related to plasma physics that is that makes this study unique.” 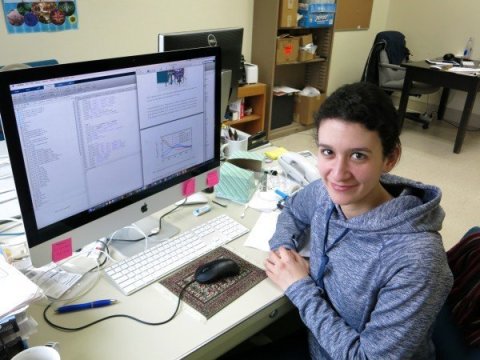 Goumiri was a Princeton University doctoral graduate student who conducted the study at the U.S. Department of Energy’s Princeton Plasma Physics laboratory (PPPL) and now is a researcher at the University of Wisconsin Madison.
The system of Goumiri, known as the feedback controller, comprises sensors within the tokamak that are linked to a computer algorithm that interprets the data the sensors gather. The algorithm actuates six beams of neutral particles that spin and heat the plasma inside the tokamak and actuates six rectangular magnetic coils situated around the exterior of machine.
“This is the very first time, these two actuators have been employed together to regulate the plasma rotation profile,” says Steven Sabbagh, a senior head researcher and adjunct lecturer of applied physics at Columbia University who has associated with PPPL for couple of years and was one of the co-author of this study.
By regulating rotation, researcher can combat instabilities from diminishing the magnetic field and enabling the plasma to dissipate enclosing down the fusion reactions. Scientists crafted the algorithm for the National Spherical Torus Experiment – Upgrade, which has an enhanced neutral beam system that affects the rotation of plasma by colliding with the plasma’s charged particles and transferring momentum.
The system has two emitters with three neutral beam sources each. A single emitter targets the core of the plasma while the other targets the edge to exert the leverage over the plasma as a while. A flexible magnet system enables researchers to the further regulate the plasma rotation distribution. In usual, the algorithm uses the neutral beam and magnetic coils emitters in distinct combinations to alter how distinct regions of the plasma rotate.
The algorithm also balances the effects of the magnets and the neutral beams to ensure the overall plasma does not lurch roughly from one speed to another. The goal is to accomplish a specific amount of plasma heat, or stored energy, along with the desired plasma. Goumiri and the team tested the novel regulator algorithm on a simulated tokamak prepared from the computer code TRANSP, a PPPL designed program employed in magnetic fusion study around the world.
Filed Under: News
Tagged With: Research