Continue to Site
Beetles possess a body armor that weigh them down, consider medieval turtles and knights. In fact, those hard shells safeguarding delicate wings are surprisingly light, enabling even flight. Better comprehension of the structure and properties of beetle exoskeletons could assist researchers engineer lighter and powerful materials. Such substances could, for instance, reduce gas-guzzling drag in automobiles and airplanes and reduce the weight of armor, lightening the load for the 21st century knight.
But disclosing the exoskeleton architecture at the nanoscale has proven intricate. Nebraska’s Ruiguo Yang, an assistant lecturer of materials and mechanical engineering, and his team members found a way to identify the fibrous nanostructure. Their studies were featured on the cover of Advanced Functional Materials. The lightweight exoskeleton is made of chitin fibres just around 20 nanometres in diameter, a human hair estimates approximately 75,000 nanometres in diameter and packed and piled into layers that twist in a spiral, such as spiral staircase. The small diameter and helical twisting, called as Bouligand, make the structure difficult to analyse. 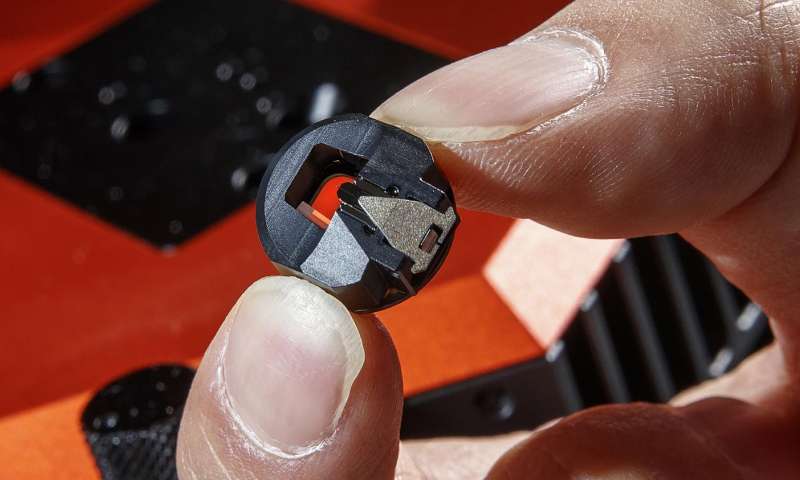 Yang and his group introduced a method of slicing down the spiral to disclose a surface of cross-sections of fibres at distinct orientations. From that point of view, the scientists were able to identify the mechanical properties of the fibre with the support of an atomic force microscope. Such sort of microscope applies a small force to a test sample, deforms the sample and monitors the response of sample.
Linking the experimental process and theoretical analysis, the scientists were able to disclose the nanoscale architecture of the exoskeleton and the substance of the nanofibres. They prepare their discoveries in the common figeater beetle, Cotinis mutabilis, and a metallic green native of the western United States. But the method can be employed on other beetles and hard-core shelled creatures and may also extend to artificial substances with fibrous structures, Yang says.
Comparing beetles with differing demands on their exoskeletons, like as defending against predators or environmental damage, could result in evolutionary insights as well as a better comprehension of the relationship between structural features and their properties.
Filed Under: News
Tagged With: Research