The study describes a novel class of metals based on their symmetry and a mathematical classification known as a topological number that is expected of special electrical properties. Topological substances have drawn intense research interest since the early 2000s culminating in last year’s Nobel Prize in physics awarded to three physicists.

‘Topological classification is a highly general way of looking at the properties of substances,” says Lukas Muechler, a Princeton graduate student in the laboratory of lecturer Roberto Car and head author of the article.

A common way of explaining this abstract mathematical classification involves breakfast items. In topological classification, coffee and donut cups are equivalent because they both have one hole and can be smoothly deformed into muffins that make them in equivalent. The number of holes is an instance of a topological invariant that is equal for the donut and coffee cup, but distinguishes between the muffin and the donut.

“The idea is that you don’t really care about the details. As long as two substances have the same topological invariants, we can say they are topologically equivalent,” he says. Mucheler and his team interest in the topological classification of this novel group of metals were sparked by a peculiar discovery in the neighbouring laboratory of Princeton lecturer Cava. While searching for superconductivity in a crystal known as WTe2, the Cava laboratory instead found that the substance could continually enhance its resistance in response to ever stronger magnetic fields – a property that might be employed to build a sensor of magnetic fields. 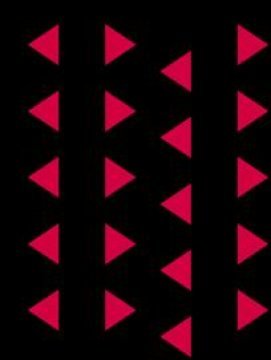 The origin of such property was, however mysterious. “This substance has highly interesting properties, but there had been no theory around it, Muechler said. The scientists first considered the arrangement of the atoms in the WTe2 crystal. Patterns in the arrangement of atoms are known as symmetries and they fall into two basically distinct classes – nonsymmorphic and symmorphic that resulted in profound differences in electronic properties, like as the transport of current in an electromagnetic field.

While WTe2 is composed of numerous layers of atoms stacked upon each other, Car’s group found that a singular layer of atoms has a specific non-symmorphic symmetry, where the atomic classification is unchanged overall if it is the primary rotated and then transformed by a fraction of the lattice period.

Having established the symmetry, the scientists mathematically characterized all possible electrical states having such symmetry, and classified such states that can be conveniently deformed into each other as topologically equivalent just like a donut can be deformed into a cup.

In future researches, the theorists intend to test whether these topological properties are also present in atomically slim layers of such metals, which could be exfoliated from a bigger crystal to prepare electronic devices. “The research of this procedure has huge implication for the electronics industry, but it is still in its small years,” says Muechler