The Haddington Dynamics have some serious plans for its Dexter robotic arm. They wish to bring transformational changes in society by giving the fruits of robotics revolution available for everyone. One of the pioneers of FPGA circuits, Kent Gilson and Christopher Fry take special pride in getting difficult tasks done  and making use of the best artificial intelligence technologies. The duo has been running a crowdfunding campaign  for this Dexter robotic arm. In order to end dearth of stuff, the creators think that Dexter should be able to perform additive and subtractive manufacturing  and would also need an ability to respond to a human worker and interact with other robots of its arms.

Dexter happens to be a 5 Axis robot that has multiple current capabilities and a huge commitment for open sourcing philosophies, the team hopes that this quality will bring -in more functionalities with time. These three axis will play a crucial role  in pallet moving and 3D printing, the fourth axis, on the other hand, will allow the robots to pick up and place work as a filament extruder for 3D printers. The fifth axis will permit Dexter to drill, draw, make laser cuts, and probe over complicated shapes as it can move the end effector anywhere to point in any direction. 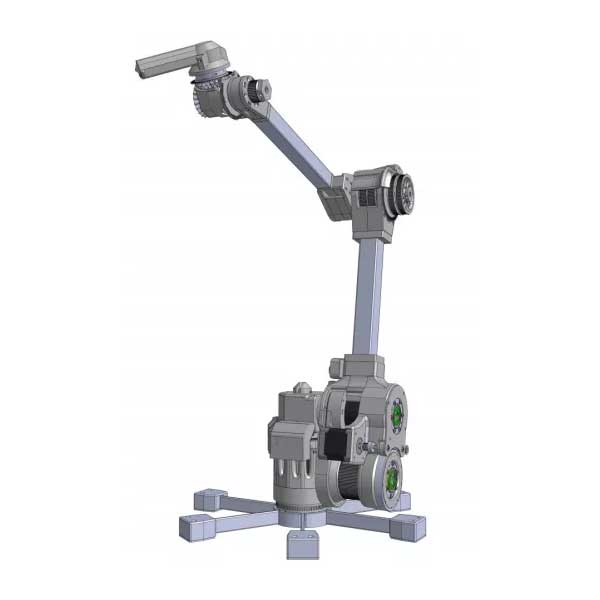 Physically, the robot has a weight of 6.5 kilograms and can work only with a 20 watts power source. The length of its arm extends to 670 millimeters and has a spherical build envelope of 1 meter. Its stepper motor can work in precision up to 5 microns with a repeatability of  50 microns. It can move up to an angle of 70 degrees every second and can lift a payload of up to one kilogram. The Dexter Development Environment (DDE) is the prime software that has been developed by Haddington  and the FPGA software which is open source.