For generations, scientists have been keen on creating a substitute that can mimic and perform the same tasks as a human. The arrival of

the computer 50 years ago has helped scientists progress at great speeds toward a feasible alternative to the human mind. 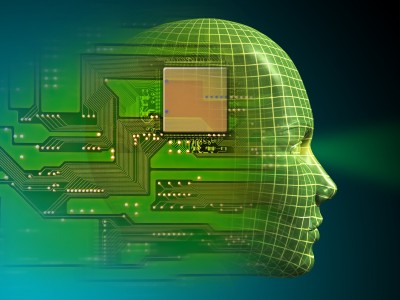 Fig. 1: An Representational Image For Artificial Intelligence
Artificial Intelligence (A.I.) is the field of computer science focused on ensuring that the dream of these scientists becomes a reality. A.I. systems are currently capable of understanding speech, playing chess and performing household tasks. A.I. is set to play an important role in our lives. Researchers produce new products which duplicate intelligence, understand speech, beat the opponent chess player, and acting in complex conditions. The major problems of Artificial Intelligence include qualities such as knowledge, planning, learning, reasoning, communication, perception and capability to move and control the objects.
The aim of Artificial Intelligence is to develop the machines to perform the tasks in a better way than the humans. Another aim of Artificial Intelligence is to understand the actions whether it occurs in humans, machines or animals. As a result, Artificial Intelligence is gaining Importance in science and engineering fields.
History and Latest Research
The Talos of Crete, the golden robotsof Hephaestus and Pygmalion’s Galatea appeared as thinking machines and artificial beings in Greek myths. Every major civilization worked on creating a human likeness that will have intelligence and behaviour similar to that of the humans. For example, animated statues were discovered in Egypt, humanoid automatons were constructed by Yan Shi, Hero of Alexandria, Al-Jazari and Wolfgang von Kempelen. Jabir ibn Hayyan, Judah Loew, and Paracelsus constructed artificial beings. Artificial beings had become a common feature in fiction during the 19th and 20th centuries.
Since ancient days, philosophers and mathematicians developed a formal reasoning. The study and work of the mathematician Alan Turing led to invent the programmable digital electronic computer. As per Turing Law of Computation, any mathematical deduction could be simulated by shuffling symbols such as “0” and “1”. A group of researchers continued with the research in neurology and information theory and cybernetics to develop an electronic brain.
In the year 1956, Artificial Intelligence was established at Dartmuth College during a conference. The people who were present for this conference were Marvin Minsky, Allen Newell, John McCarthy, and Herbert Simon. The programs written by them were beyond belief such as computers solving word problems in Algebra, proving logical theorems and speaking English. Herbert Simon envisaged that in twenty years, machines will be able to work like humans. Marvin Minsky believed that the problem of creating artificial intelligence would be solved considerably.
In the year 1974, the U.S and British governments discontinued the research in Artificial Intelligence due to the criticism of England’s Sir James Lighthill and the demands from Congress to finance more products.
The success of expert systems gave a new birth to Artificial Intelligence in the early 1980’s. The market of Artificial Intelligence had reached more than a billion dollars by the year 1985. Simultaneously, U.S and British governments re-established funding for research in the field of Artificial Intelligence which was inspired by the Japan’s fifth generation computer project.
Although behind the scenes, Artificial Intelligence achieved great heights in the 1990’s and during the early 21st century. Artificial Intelligence is used in fields such as logistics, medical diagnosis, data mining, and many more. The success was due to various reasons such as
·         Greater emphasis on solving specific sub-problems
·         Incredible power of computers
·         Creation of new bond among Artificial Intelligence and other fields working on same issues

AI can be classified into two major types and they are classified below:
I.            Weak A.I.
Weak A.I. represents technology that is capable of influencing pre-meditated rules and applying each of these rules to achieve a definite goal.
Principle
The main principle of weak AI is that machines can only act as if they are intelligent. For example, when you are playing chess against software, you will notice that it has a lot of impressive moves. But is the software really thinking and planning those moves? The answer is a strong no. Each chess move needs to be fed into a program, thus ensuring that the software is capable of playing a competent game.
Application
Weak A.I. is common and currently part of the society in various roles. For example, machines in assembly lines that utilizes programs to function independently and without human monitoring. Another good example is that of voice recognition.
The concept of weak A.I. is constantly employed in software programs found on the internet, especially those that provide search engine capabilities. Games that require high level of intelligence such as chess uses this concept.
II.           Strong A.I.
Strong A.I. represents technology that has the ability to think or function similarly to the human brain. Most people say that this technology will never be realized or will take another century to achieve but there is huge hope ahead.
Principle
The main principle of strong AI is that in the future, a computer will be invented which can completely represent a human mind in the complete sense of the word. It will have the ability to reason, think and do all functions that are associated with the human mind.
Application
One ray of light for strong A.I. comes in the form of nanotechnology. Nanobots are being designed to help our bodies fight disease and also to make us more intelligent. Strong A.I. is also said to be capable of building an artificial neural network that is capable of functioning as properly as the human brain.
Strong A.I. is only in the infant stage, but it holds a lot of promise for the future. Expect a lot of exciting innovations in the near future.

Artificial Intelligence deals with study and building of rational systems. The Artificial Intelligence has the following advantages:
1.    This method is more general as compared to the laws of thought method.
2.    This method responds to science than to the methods based on human behaviour or thought.
3.    The first computer program introduced to beat the champion chess player was Hitech. Limited intellectual skills are required for the chess strategies.
4.    Artificial Intelligence is divided into many branches. Artificial Intelligence search programs to study the various probabilities which include chess game moves. Different ways are being set up to carry out more proficiently. Logical Artificial Intelligence deals with mathematical logical program. A program of pattern recognition studies and compares with a particular pattern. It matches the eyes and nose to the face of a police id. Epistemology deals with the study of different types of knowledge required to solve problems.
5.    Currently voice recognition program failed to recognize every word but is slowly leading towards improvement. This idea guide disabled people to utilize computers.
6.    Now computers perform many tasks that were beyond our imagination. By 2020, computers will be more intelligent than the mankind. Due to these advances we will not be inferior to computers as we can turn it off when it fails to perform.

Problems Being Faced Today
Robots are powerful and desirable. Industries and manufacturing units are increasingly turning towards machines that deploy A.I. This has resulted in a lot of people losing their jobs. If people are deprived of their work, then they won’t be able nurture their area of expertise, thus resulting in wastage of human resources.
Robots or machines cannot impart a human touch to manufacturing processes or decisions. There are a lot of situations where a human presence of mind. For example, bringing in machines to impart medical services will rob patients of the reassuring or caring behavior of a nurse. Therefore, machines or robots may not be the correct choice where customer interaction is involved.
Finally, dedication to work is something that is associated with humans. Will machines be able to work with equal dedication?
Future
Artificial intelligence in the nineties focused on providing a better life for humans. Currently, focus is on research that aids in building human-like robots. If highly intelligent robots are a possibility, then the very role humans play in society could come for a change.
Researchers have predicted that weak A.I. has a very exciting future in store for mankind. With the exponential growth of computing power, weak A.I. will provide more breakthroughs in the near future. One exciting prospect is the super-computer. Super computers of the near future will be so powerful that they will be capable to perform as expert systems, which will further be used as a database of expert knowledge to solve everyday problems.
Filed Under: Articles
Tagged With: ai, artificial intelligence