Continue to Site
In the previous tutorial, FTP protocol and file transfer over it between a Client and Server was discussed. The FTP protocol can really useful in many IoT applications. Many IOT devices are installed in places like nuclear plant, electrical grids and other industrial setups where these types of devices can get some bugs and need application software updates to fix them. On standard IoT protocols like MQTT, CoAP, etc, it is hard to update and reinstall application software because most of the IoT protocols are designed for IoT communication between devices and network but not for tasks like application updates. The application update on an IoT device is only possible over TCP/IP stack. The FTP protocol is the specifically designed protocol over TCP/IP stack for file transfer between a client and a server. So, it can be used by an IoT device to download updated application software and reinstall it once downloaded.
In this project, a Raspberry Pi is used as an IoT device which is running a simple python application to blink an LED. So, the IoT device designed in this project is a Raspberry Pi interfaced with an LED. One another python application also keeps running on the daughter board which keeps looking for an update of the LED blinking code from a FTP server. The Update seeking application connects with the FTP server and tracks the version number of the LED blinking code available at the FTP server. If the version number of the LED blinking code is changed, the update seeking code downloads the updated code and reinstall it on the Raspberry Pi. The update process takes place automatically and does not require any human intervention. So, uploading and downloading files from FTP is reliable and fast that many applications uses FTP in update severs.
Components Required –
1) Raspberry Pi 3
2) LED
3) 1K Ω Resistor
4) Jumper Wires
Software Required –
1) Raspbian OS
2) Leafpad/GNU Nano/Python 3 IDLE (for writing python scripts)
Block Diagram – 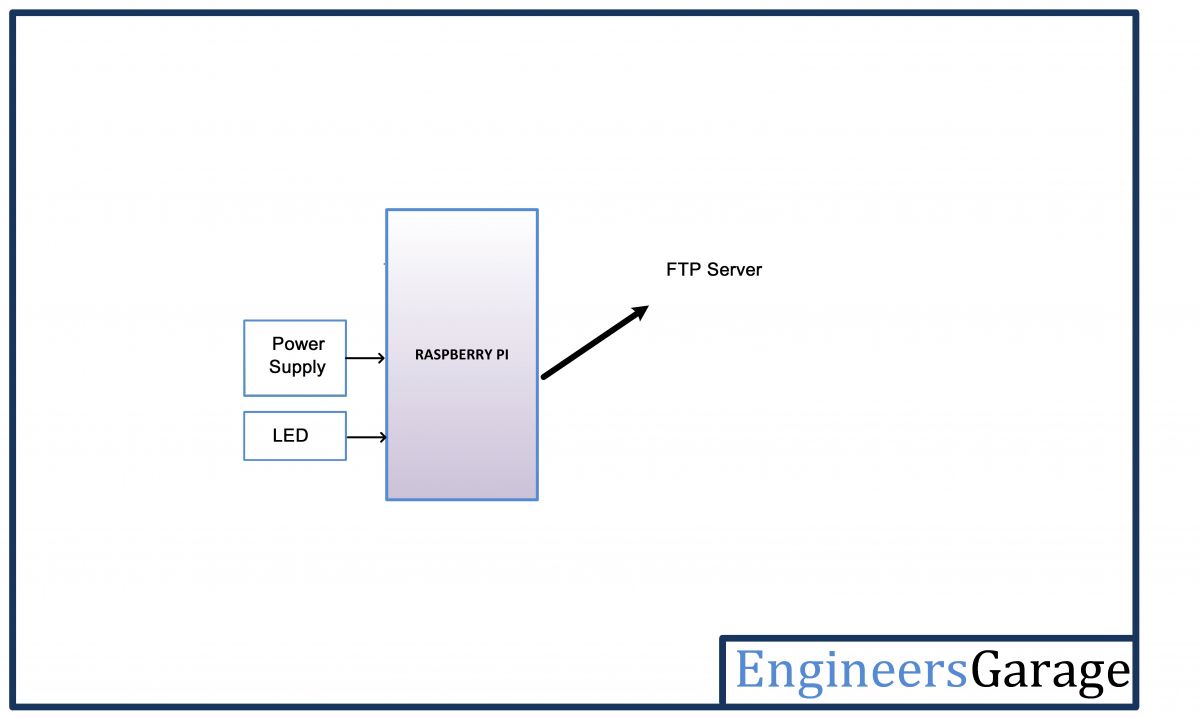 Fig. 1: Block Diagram of Raspberry Pi 3 based IoT FTP Client
Circuit Connections –
A simple IOT device is designed in this project. It has an LED interfaced with the Raspberry Pi 3. The device is designed by assembling the following components together.
Raspberry Pi 3 – Raspberry Pi 3 is the third generation Raspberry Pi. It is a miniature marvel, packing considerable computing power into a footprint no larger than a credit card. The processor at the heart of the Raspberry Pi system is a Broadcom BCM2837 system-on-chip (SoC) which houses a 1.2 GHz Quad Core ARM Cortex-A53 processor. The vast majority of the system’s components, including its central and graphics processing units along with the audio and communications hardware, are built onto that single component along with 1 GB LPDDR2 memory chip at the centre of the board. It is not just this SoC design that makes the BCM2837 different to the processor found in a typical desktop or laptop, however, it also uses a different instruction set architecture (ISA), known as ARM.
The Pi comes equipped with on-board 10/100 BaseT Ethernet Socket, HDMI and Composite RCA port for video, 3.5 mm audio output jack, 15-pin MIPI Camera Serial Interface (CSI-2), Display Serial Interface, Bluetooth 4.1, 802.11 b/g/n Wireless LAN, Micro SDIO for Micro SD Card, 4 USB 2.0 Connectors, 40 pin header containing 27 GPIO pins and Micro USB socket for power supply.
The Raspberry Pi is a single board computer and is designed to run an operating system called GNU/Linux Raspbian. Hereafter referred to simply as Linux. Unlike Windows or OS X, Linux is open source, so it is possible to download the source code for the entire operating system and make whatever changes desired. The Raspberry Pi 3 can also run Windows 10 IoT and many other embedded operating systems most of which are Linux derivatives. The operating system should be loaded in a MicroSD card and boot from it. With powerful computing resources, large number of multimedia interfaces and GPIO  pins, Raspberry Pi 3 is a suitable choice to run a software oriented complex IoT or Embedded project that requires sufficient computing power as well as large scale sensor connectivity. With on-board Bluetooth and Wi-Fi, this 3rd generation Pi can be easily deployed in an IoT network. The key specifications of the Raspberry Pi 3 are summarized in the following table – 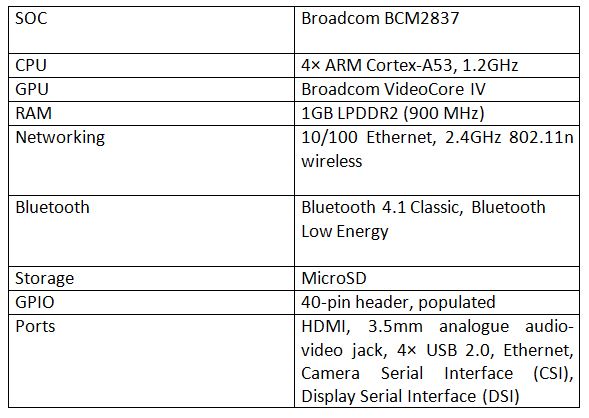 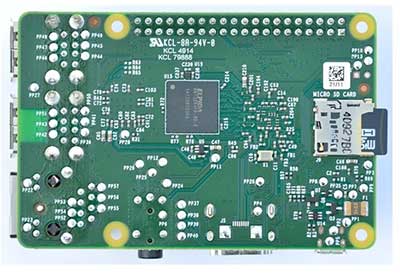