As it states, if you truly intend to employ quantum dots for quantum computing, you would be lucky setting aside the semiconductor types and transforming to a pure conductor, such as graphene to perform the trick.

Scientists at Technische University Wien (Tu Wein, or the Vienna University of Technology), along with members from the Manchester’s University in the UK and Rehinisch – Westfalische Technische Hochschuke Aachen (RWTH Aachen University), in Germany have able to generate quantum dots out of graphene. And as per the multinational team, such dots provide a bold novel promise for quantum computing. So the novel thing is that scientists identified that quantum dots crafted from graphene possess four quantum states at a certain energy level, unlike the semiconductor quantum dots that possess only two. 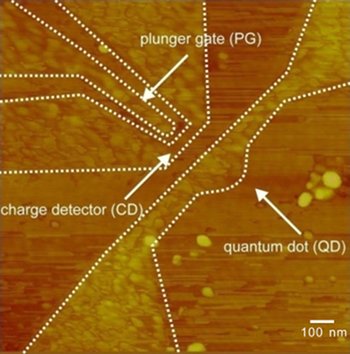 According to experts, these supplementary quantum states could be lucrative to quantum computing that relies on well-regulated coherent collaborations between quantum bits, known as a qubit. A qubit is a coherent superposition of two quantum states. The crucial obstacle towards the realization of a functioning quantum computer is de-coherence that involves the loss of quantum elements because of interactions with the environment. Such interactions collapse the qubit.

“Employing the graphene quantum dots, you could enable sorting two qubits in the four-fold near-degenerate states that would prepare a coherent collaboration between such two qubits much more well-regulated than the links of two-fold degenerate states,” says Libisch.

The key to the novel research was to generate the graphene quantum dots without depriving these four quantum states. In order to generate a quantum dot, you are required to isolate electrons in a tiny slot of material. The convenient technique for performing this is by replacing off small flakes from a sleek layer of substance where the electrons are captures. While such common technique functions well for graphene, it interrupts the symmetry of the 2-D carbon substance at the boundary of the flakes. That delivers quantum dots with just two quantum states.

So, the scientists used graphene flakes; the experts utilized a combination of magnetic and electrical fields to entrap the electrons in graphene. Foremost, a trap is prepared for the electrons on the graphene surface by placing an electronic current that attracts and restores on the lower-energy electrons. Next to this, a magnetic field has placed that forces such trapped electrons into small orbits where they rest.

Conclusion – In such small orbits, the electrons preserves super positions for a lengthy time span, which is a lucrative feature for quantum computers. “Also, Graphene possesses other interesting traits for applications comprising mechanical flexibility and exclusive sleekness that deliberately enable for better storage density,” says Libisch.