ISRO (Indian Space and Research Organisation) has successfully launched the PSL-C37 rocket with a total of 104 satellites on board.  This mission has made India set a new world record for launching the most number of satellites at one go till date. By doing so, ISRO has surpassed Russia’s record, which sent 37 satellites in June 2014.

This latest accomplishment of India’s space agency has not only created History but it has also led the country forward in the race of countries that play a dominating role in the launch of satellites. Soon after the declaration was made that all the satellites have been injected into their respective orbits successfully, Indian Prime Minister Narendra Modi and President Pranab Mukherjee congratulated ISRO for its magnificent achievement.

Discussing the launch details, the ISRO PSLV-C37 rocket took off at 9:28 am on 15th Fenruary 2017 and cruised at a speed of 27,000 kmph. While the rocket was on its way, all the 104 satellites were injected into orbit in time duration of 30 minutes, as stated by the space agency. The main cargo carried a 714 kgs satellite, meant for earth observation, along with 103 “nano satellites” with a combined weight of 664 kgs. 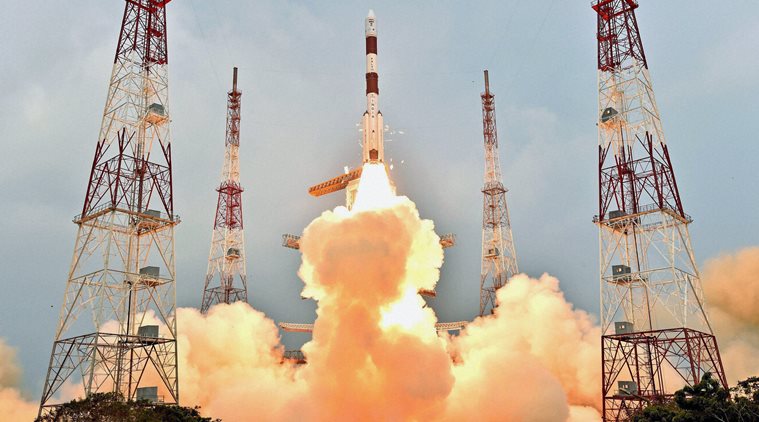 Except the one satellite belonging to India, all others are from outside countries including Kazakhstan, The Netherlands, UAE, Israel, Switzerland, and 96 of them belong to US. However, this is not the first time that an Indian rocket has carried satellites of other countries; last year in June Isro launched a rocket with 20 satellties on board and 13 of them were from US.

Contrary to other Space agencies, ISRO has a unique advantage due to the fact that all the space programs by India are known for being low-cost. ISRO’s PSLV- C37 costs just USD 15 Million for launch. If we compare this to US, their agency used to spend USD 100 million for similar missions and USD 60 Million by Space X. Moreover, the MOM mission was sent to space in just USD 73 Million as opposed to NASA’s MAVEN worth USD 672 Million.

Adding to the capabilities of ISRO in launching low-cost mission, the agency had already successfully tested the Reusable satellite Launch Vehicle (RLV) last year. This would add up to the existing lucrative pricing, thereby helping in bringing down the costs even further. As far as the NASA’s future plans are considered, the space agency is keen on reaching Venus and Jupiter for exploration.