A team of researchers from the Karlsruhe Institute of Technology (KIT) recently came up with a new type of LED Street light that have better efficiency. As compared with the regular LEDs, the power usage of these LEDs is less by approx. twenty percent. It will also help in reduction of carbon dioxide emission to quite some extent. The customary high-power diodes are to be replaced with a special arrangement of LEDs. It increases efficiency, enhances endurance, and generates more light as compared to others.

A parallel connection of numerous LEDs is not easy but failure of one diode will lead to failure of complete section or system. Michael Heidinger from KIT’s Light Technology Institute, any other option for LEDs connection in series might have several other flaws since the voltage needed for this enhances as the number of diodes that are to be used. For this purpose. Lawfully, only 120 Volts voltage is permissible which means only 40 LEDs can be connected in series. Heidinger has now come up with a new interconnection method that balances failures and aging of single LEDs. The method permits installation of higher number of LEDs and reached up to 144 units of LEDs on a single board. This would really help in safe operation of array. The new switching concepts can work with much smaller voltages. Heidinger adds, “Voltage of the prototype was 20 volts.” 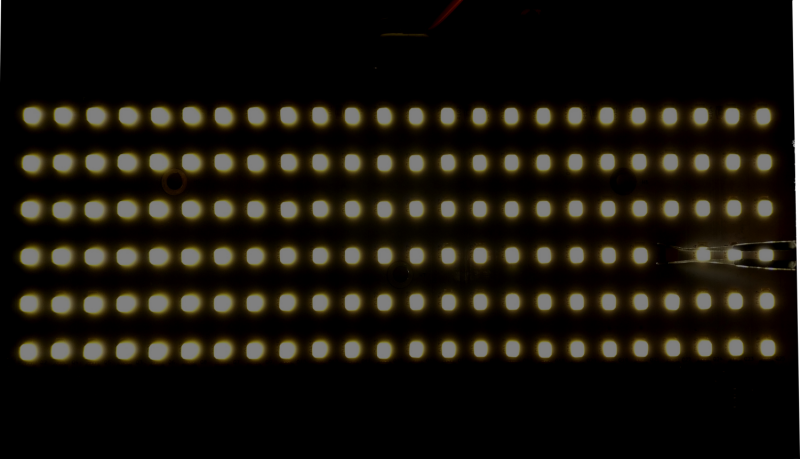 The array generates much less heat. Heidinger adds, “In case of a few LEDs, power loss is highly concentrated and has to be distributed with a high effort.” Improper distribution of heat leads to local overheating that largely influences the service life of lamp. Heat reduction or distribution need high expenditure and is therefore very costly. These high costs are reduced with the Heidin-ger’s new LED array. Apart from this, the luminous characteristics are way more comfortable for our eyes. The maker adds, “Many small LEDs are perceived as panel radiators from a certain distance. Their glaring effect is smaller than that of high-performance LEDs that are perceived as spot-like light sources. The LED module can be installed simply into existing lighting systems.” Heidinger states