The Magellanic Clouds, the two largest satellite galaxies in our galaxy, seems to be connected with each other with a bridge of stars that extends across a distance of 43, 000 light years. The discovery was made by a team of international astronomers that were working at the University of Cambridge. The new finding is based on Galactic stellar census that is being carried by the European Space Observatory located in Gala. Scientists have been anticipating information from Gala from last one and a half decade. The first segment of stored data was released by the satellite three months back and can be accessed by anyone. The data released by this satellite has an unprecedented quality and presents precise information about brightness and position of almost one billion stars that are present in our Milky Way galaxy and its surrounding environment. 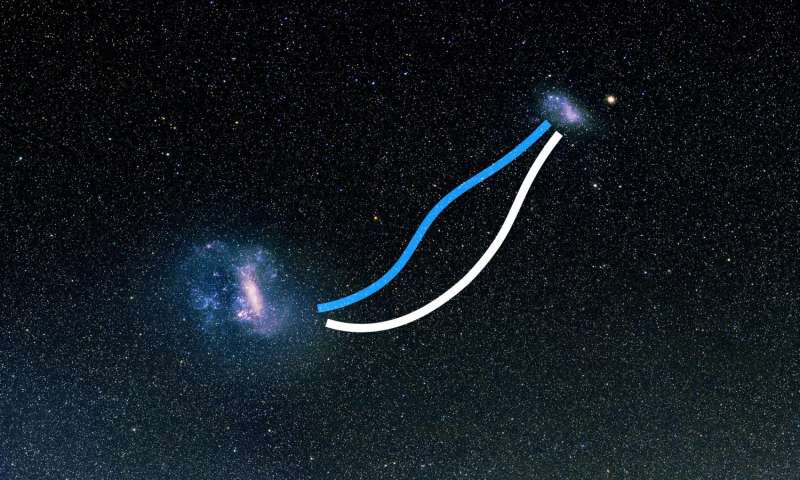 The complete dataset sent by Gala is very unique. The angular resolution of this satellite is quite similar to that of Hubble Space Telescope, however, it is a step ahead of it given its larger vision field and ability to cover complete sky. Gala makes use of highest number of pixels for capturing digital images of sky, it has been bestowed with not just one telescope but two telescopes that have focal plane of one meter. Gala is several steps ahead of regular telescopes as it has the ability to spin on its own axis and sweep through complete sky in less than 30 days. The Cambridge team focused on a region close to Magellanic Clouds and made use of Gala data to select pulsating stars of a specific type. These stars have been in Milky Way Galaxy since the formation of these Clouds started, these provide a good insight in the history of this pair. The close study of Small and Large Magellanic Clouds has been biggest challenge for researchers as these sprawls across a large area.

The clouds located close to Milky Way happen to be the largest, brightest, and best examples of small sized satellite galaxies. Clouds have been an enigma since the beginning of time, astronomers only recently had a chance to study these in complete detail.