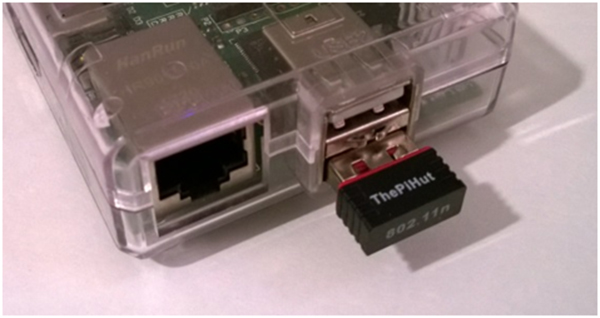 Wired gadgets are fast becoming a thing of past. We are moving towards wireless technology faster and faster, and for good reason. Telephones have evolved. Computers have evolved. Printers also have evolved in the same direction – wireless printers in the market are aplenty. But what if you already own an old printer, which is likely to be a wired one? Instead of throwing away your old piece of machinery in the wake on a new one – which is happening to so many of our gadgets given the exponential rate of growth in technology – here’s a way to DIY your wired printer into a wireless printer.

To start with this DIY, make sure that your wireless USB dongle is connected and setup for your Raspberry Pi. Also, the printer on which DIY will be operated, should be a USB printer. Not that it is not possible to make this work with a parallel port printer coupled to a parallel-to-USB adaptor, but then Christian Cawley, the DIY doer here, won’t be able to troubleshoot the problems you face.  And as is the case with any DIY, you will have problems. Check out the blog below to see exact instructions and other details for making this project.

Charles does this DIY to hammer a point. Advantages of wireless technologies – something we tend to be less thankful of. With a wireless printer a user can move the whole printing business to a separate room (perhaps even a garage or basement or shed) and collect the print jobs whenever they are finished. The area required by the printer on your desk can be used in better ways – in more personal ways. House after all is a place for humans to coexist, but gadgets tend to fill that space, literally and metaphorically, in the modern life. Coming back to the advantages of this DIY, you can always print something via a device of your choice: a laptop, smartphone or tablet, which is great freedom. Raspberry Pi can give execution to all such ideas that make our daily lives better but small and simple innovations which we always wanted to do, but until recently, weren’t empowered to. Now is a good time.