It seems that scientists do not want any part of natural or synthetic energy to go to waste. It is for this reason; they have come up with a new technology for every harvesting. This one will be capable of extracting that part of energy that is usually lost because of low frequency. It will be of great use for next-generation electronic devices that will need better energy. The project has been sponsored by the tech giant Samsung and it was executed by a completely new team of Penn State electrical engineers and material scientists who helped in development of mechanical energy transducer. This transducer is based on flexible organic ionic diodes that point to a completely new direction for scalable harvesting of energy from that mechanical energy that usually remains unharvested in our surroundings including waves, oceans, human motion, and much more.

The devices used for harvesting ambient mechanical energy for conversion into electricity are mostly used for empowering wearable electronics based biomedical devices as well as other Internet of Things. A large part of these devices is based over piezoelectric effect and works most efficiently at a high frequency that can be higher than 10 vibrations per second. Performance of lower frequency, however, falls off in a dramatic manner. Qing Wang, the professor of materials science and engineering, Penn State, says, “Our concept is to specifically design a way to turn low-frequency motion, such as human movement or ocean waves, into electricity. That’s why we came up with this organic polymer p-n junction device.” 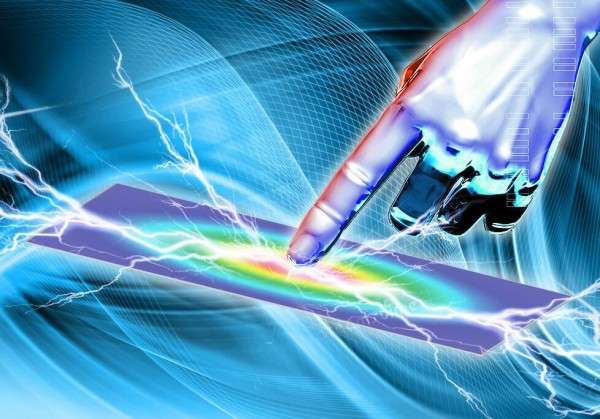 The device is called as ionic diode and is made up of two noncomposite electrodes that have oppositely charged ions separated from each other via polycarbonate membrane. The electrodes here represent a polymeric matrix filled that has carbon nanotubes filled with ionic liquid. These nanotubes work for enhancing the conductivity as well as mechanical strength of electrodes. Whenever a mechanical force gets applied all ions get diffused from one to another end of membrane leading to generation of continuous direct current.

Simultaneously, a built-in energy opposes diffusion of ions until a state of equilibrium is achieved. The complete cycle needs some one-tenth Hertz or 10 seconds to complete. In case, of smartphones, the mechanical energy received from touching a screen will be converted into power that can be stored safely in the battery. Wang says, “Because the device is a polymer, it is both flexible and lightweight. When incorporated into a next-generation smartphone, we hope to provide 40 percent of the energy required of the battery. With less demand on the battery, the safety issue should be resolved.”