The car is crafted to stand out, but most individual did not seem to be impressed with its appearance. But what are the features that make this car perfect for future? It was the question being raised by Riverside lecturer Subramanian ‘Bala’Balachander and his associates. 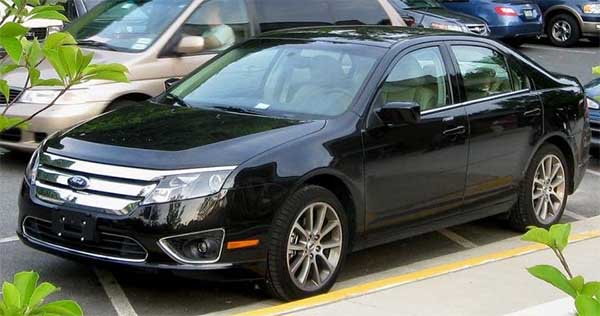 By gathering the data on aesthetic sales and design, the scientists revealed that while consumers do not like cars to appear too distinct from the average of market, they also do not intend to do something that seems similar. When purchasing a lavish car, it is more essential that the car appears consistent with the brand and less vital that it appears like other cars in the market segment. Vehicles in the economy segment can be popular by copying the aesthetics of their lavish counterparts.

The reports will assist marketing professionals create better decisions on the visual designs and can be prepared to an extensive assortment of product descriptions including wearable technologies, household appliances and electronics. As per Balachander, “Utilizing our calculative design model, product design managers in all sections can forecast profits and sales of substitutionaesthetic patterns.”

Although calculating the physical look of virtual products is big question, the scientists utilized a presently introduced morphing technique to structure the ‘average car’ in a specific market segment of company from a range of individual pictures. Once introduced, the scientists determined the resemblanceof more than 200 models of cars belonging to 33 different brands that were sole in the United States between 2003 and 2010. By analysing their segment prototypically, which is how normally a product is compared to other types of products in the same arena, brand consistency that talks about how much a product appears similar to the average products in the product line up of the same brand.

Also, it is about cross-segment mimicry that is about how much the pattern of an economy product is as per the luxury product, while regulating for other factors like advertising and price. Their results revealed that the aesthetic pattern of a product can have a vital effect on the preference of consumer with customers preferring products that are nor too similar nor too distinct to the average product.

In the category of luxury cards, consumer prefers vehicles that comply more closely with the brand and less to the average of the market. Products in this range of economy segment of a market can achieve by copying the appearance of the luxury products.

According to Balachander, the results accentuate the deep line between preparing products that attract to customers because they are different. “As compared to conventional research which has revealed that the customer like a highly prototypical vehicle, our experiment highlights the benefit of introducing some height of freshness into a novel model, specifically if such unique patterns are copy of a lavish car,” says Balachander.