Organizations such as Fetch, Locus Robotics, and Clearpath are conducting an interesting research for fulfilling warehouse tasks by creating mobile platforms that can intelligently and autonomously ferry objects between locations. The interesting and crucial part would be to make the robots pick things from the shelves, and apparently it is truly difficult.

Amazon, a robot’s warehouse hosts robots that are capable of transferring items, but not picking them is looking out for its second Picking Challenge organized at the RoboCup this year. With a team of skilled scientists all working together on picking tasks with highly expensive robots, results have been excellent but not stimulating.

German startup company Magazino is another entity trying to resolve the problems has instigated deploying a mobile warehouse robot known as Toru. It is introduced to not only transfer items but also gather them straight from of the shelves. It is one step towards the right direction. Magazino, a company, based in Munich, has agreed to avail an approach that often performs in robotics, dropping the intricacy of the problem to the extent possible to the point where it is something genuine to solve. 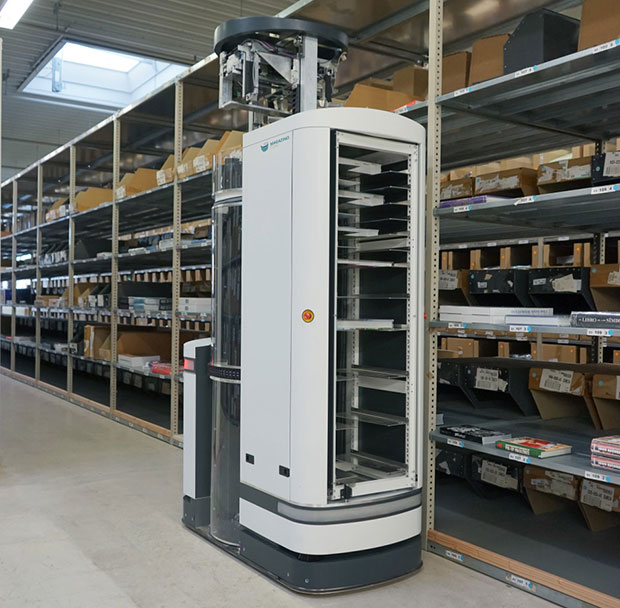 Acknowledging the fact that selecting random items is quite difficult for a commercial system at the moment, Magazino’s Toru robot only performs with things that are of a specific rectangle shape, like boxes and books. It is actually an impressive step towards the picking problem, and regarding this the Magazino’s team claims that “the potentials of Toru are similar to those of people,” even in the particular context that it is performing in. Based on the frictional properties of the pamphlets and books, pulling one pair precisely out of the entire stack may be a difficult task for the machine, and it is even not sure that whether the robot will be able to deal with this and similar problem or not. However, it is an effortless task for the humans.

The surprising fact is that this task seems slightly challenging for the machine, even if the complexity is minimized. The other vital thing that needs to be mentioned is that Toru appears very complicated, and also little expensive. It is certainly not faster than the human at a usual picking task and is also slower in speed. It is slightly less error prone than people in some ways, and more prone to inaccuracies in other ways. As per the records of Magazino, they have sold five robots till date and but the marketing challenge is the return on investment. It is the ongoing challenge for robotics where humans appear as a good and cheap alternate to the expensive robots.

Currently, Magazino is also working on a little bit different version of Toru, known as Toru Flex, which consists a robot arm designed to pick objects of irregular shapes. Magazino confirms that Toru Flex is still in the development phase that is expected to come in 2017. It is expected to bring optimistic results, but the company is also looking forward to seeing other companies that will enter into the commercial picking challenge.