Continue to Site
Natsuo Akazawa was quite fascinated with the concept of robots as he watched then in television series, fiction novels, and other sci-fi novels. His family owned a business that was included in the manufacturing of aerospace components, providing a strong mechanical strength. While he was selecting a career path for himself, he selected robots and created projects that were inspired by cartoons and toys that he saw in his childhood. After a few highly successful humanoid robotics projects, Natsuo is now running a crowdfunding campaign for his latest project called PLEN Cube which is a portable personal assistance robot. For this project, he worked in association with PLENGoer Robotics for this purpose and together they are now running a crowdfunding campaign for this robot.
PLEN Cube has multiple goals but one of the primes of these goals is to change the public perception of sci-fi people about robots who believe these are only meant for industries. The three principles of development and designing of PLEN cube, these include the aim to make PLEN Cube as compact as possible but very powerful, make this one expressive as well as fun, and turn these robots into true companions that can help you anytime, anywhere. 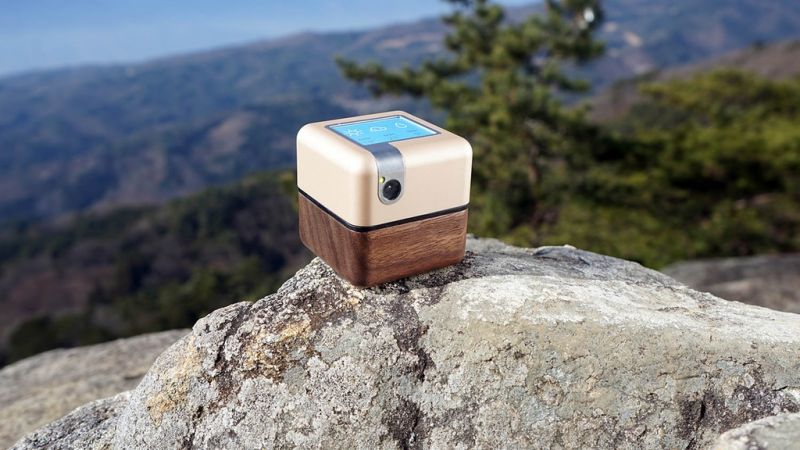 There are no recent technologies that are active in this segment, it is an amazing combination of hands-free voice control, Internet of Things, and computer vision. The functions of this robot include face detection, panorama pictures, personal assistance, photos and videos sharing, music streaming, action camera, weather information, and much more. This PLEN Cube has Intel Joule system-on-module, Robot Operating System, and a running Linux system at its core. There are four motors that help the top end of the cube to move around and show gestures and render an animated quality. It has a 320 x 240 color LCD screen that is 2.2-inches wide and has a 1080 pixel HD camera for face tracking, action tracking, and several other photos.
Filed Under: News
Tagged With: Research