Todays modern houses are equipped with many different technological facilities like

And many more such systems. An automatic gate for garage or main entrance gate of compound is one of the very popular, useful and widely used one such facility. Automatic gate means it opens automatically when any one wants to enter or exit and then it closes automatically. It is equipped with sensor that detects person/two wheeler / four wheeler (or any other object) and on detecting, it opens the gate and after few seconds the gate is automatically closed. The sensors are given on both side of gate one is inside the gate and another is outside the gate. So gate automatically open from either side when anybody wants to enter or exit.

Here the given project demonstrates the same system. It uses IR object sensor to detect any object or person, and a low RPM DC gear motor that opens and closes the gate. The project is build using AVR micro controller ATMega16. Let us see the circuit its working and operation 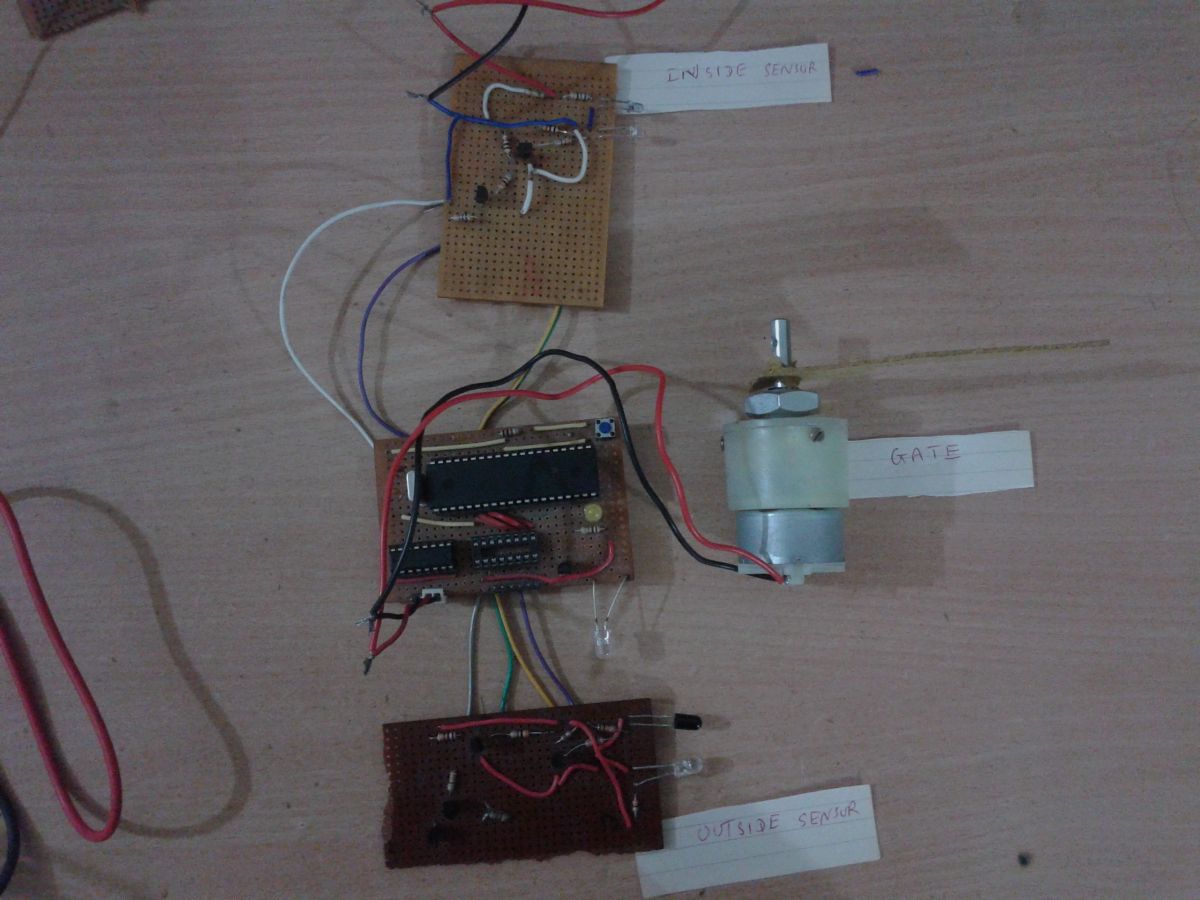 The program is embedded into internal ROM – FLASH of ATMega16 micro controller to perform above functionality. It’s a C program compiled in AVR studio software. Here is the complete C program.