Lithium-ion batteries are another popular type of batteries that are used in the Uninterruptible Power Supply (UPS) designs. These batteries are commonly used in portable electronic devices. These are low maintenance batteries having high energy density, small size and light weight which makes them suitable for use in most of the portable devices. 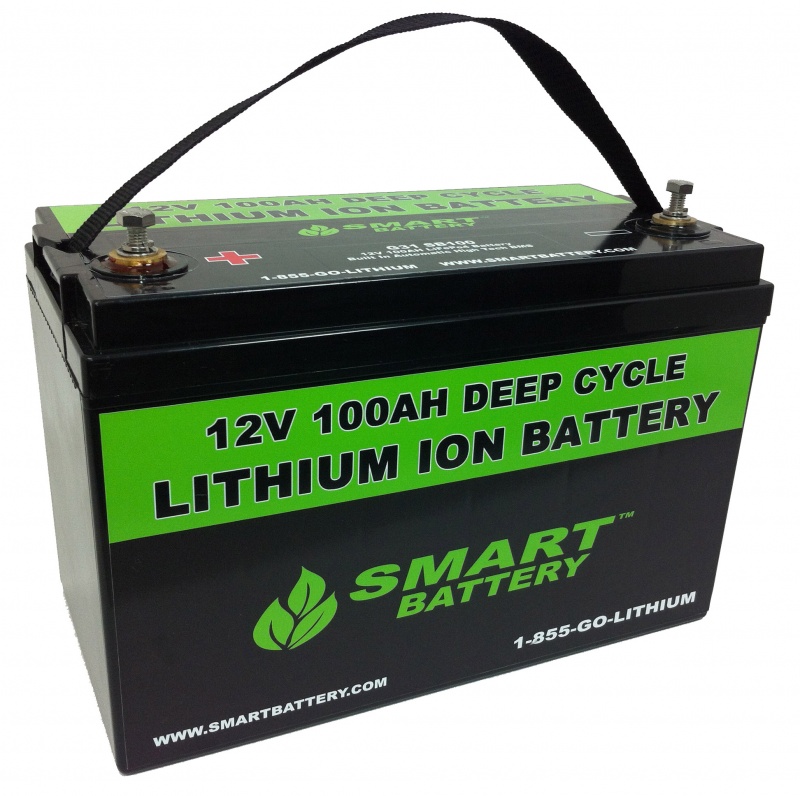 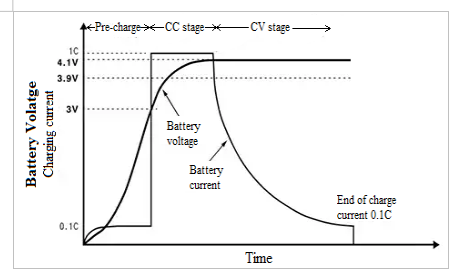 When the terminal voltage of the battery reaches to 4.2V then the battery needs to be charged with a Constant Voltage Source. Now the CC state should be cut off and the charging current should start decreasing. The constant voltage should be equal to the maximum voltage of the battery to fully charge it. However, it is recommended to charge the battery at a bit less voltage than its maximum rated voltage.
This increases the lifespan of the battery. The current in this mode slowly starts dropping down by maintaining a constant voltage. In this state charging rate of the battery is very less. So it takes more time to charge the remaining 20% of the battery and due to this, some chargers are designed to skip this charging state.
Charging Topologies for Li-ion Batteries
There are basically two types of topologies used for charging the Li-ion batteries –
1. Linear Regulator
2. Switching Regulators

A Linear regulator is used for maintaining a constant voltage at the output. The regulator act like a variable resistor which maintains the steady voltage at the output by continuously dissipating the heat. This decreases the overall efficiency of the system. So in this topology, a linear regulator is used for charging the battery. The efficiency of this charger is comparatively less but it is simple to design and have low cost.

The Switching Regulators step-up and step-down the input supply voltage to the desired voltage level. The switching regulators (like transistors) continuously switches between their ON and OFF state. So they spend quite less time in high dissipation state which reduces power dissipation of the system. This improves the efficiency of the switching regulator as compared to a linear regulator. Therefore, designing the charger by this topology increases the system efficiency. But this topology requires comparatively costlier electronic components as well as have a complex circuitry involved in the system design.

The Li-ion batteries are low maintenance batteries. They have a very slow self-discharge rate compared to other rechargeable batteries. The technology involved in the design and development of lithium ion batteries is still under development and it has far to go in the future. These batteries have an aging problem associated with both time onwards from their manufacturing as well as the number of charging and discharging cycles these batteries undergo. There are also safety issues with these batteries and even at some places, these batteries are not allowed to be carried on aircrafts. Due to immature technology and safety issues, these batteries need to be used with care. That is why it is important to take care of certain precautionary measures while designing a charger for Lithium Ion batteries.
For a better life of these batteries, these should be charged at a charging rate of 0.5 C to 0.8 C in Constant Current (CC) state. The battery must be charged slightly less than its maximum rated voltage in Constant Voltage state. The Li-ion batteries can perform well at elevated temperature but long time exposure can reduce their life. These batteries can have fast charging in the temperature range of 0 to 45 degree Celsius. That is why the charging should be done in this temperature range if possible. Even at lower temperatures than these, charging is possible but it increases the internal resistance of the battery resulting in slow charging and therefore longer charging time.
At a high temperature greater than 45 degree Celsius the battery life may degrade. These batteries are not much robust and can easily get damaged by over charging and over discharging. So, completely discharging of the battery should be best avoided. Also charging of deeply discharged Li-ion batteries should also be avoided if they have been left in that condition for several months. The overcharging of these batteries can result in metallic lithium build up on the anode, which can lead to short circuiting and cell venting ( bursting cells and flames).
Storage of Li-Ion Batteries
These batteries when not used should be stored in a cool place. Before storage, they must be charged or discharged to 50% charge level to avoid over charge or over discharge condition. As these batteries have an aging problem and may though get self-discharge if left unused and unattended for a longer time, they must be charged at least once every six months. They must be charged to 50 percent level in each cycle. These batteries must be stored in a cool place where the temperature may be in the range from 5 to 20 degree Celsius.
Precautions required while using Li-ion Batteries
These batteries can catch fire on short circuiting so, their terminals should never be shorted by mistake. Even when attached to a circuit, it should be taken care that their terminals are not shorted by accident. Due to fluids used in their design, these batteries are not robust to vibrations or shocks. That is why these batteries are not recommended for use in transportation. Even there are restrictions in carrying these batteries in aircraft at many places.
Disposing Li-Ion Batteries
These batteries should not be disposed of in fire or water. For destroying them, these should never be crushed as these contain fluids that can be harmful to humans and the environment. If a Li-ion battery starts leaking fluids, the fluid should not be touched and the battery must be removed with utmost care. These batteries should be best disposed of by handling to a waste facility. If there is no such facility nearby, they can be thrown in a regular trash in a separate bag so that they can be easily collected by the waste management facility.
Filed Under: Articles