According to a new study, that was conducted at the University of Liverpool, it may now be possible to detect neurodegenerative disorders before they get diagnosed in a body. Dr. Alex Forsythe, a psychologist from University’s School of Psychology worked along with her team and Dr. Tamsin Williams of Tees, and few others observed around 2092 paintings from seven artists who were diagnosed with neurodegenerative disorders as they grew old. Two out of these seven suffered with Parkinson’s disease while the two suffered with Alzheimer’s disease while rest three registered neurodegenerative disorders of other kinds. The artists included in this study were Pablo Picasso, Claude Monet, Marc Chagall (neurodegenrative disorders), James Brookes and Willem De Kooning (Alzheimer’s) and Salvador Dali and Norval Morrisseau (Parkinson’s Disease).

The brushstrokes of every single one were analyzed with a special non-customary mathematical method to their patterns called ‘Fractal Analysis to Identify Complex Geometric Pattern”. Fractals here refer to mathematical characterization of self-repeating patterns that can be defined as “nature’s fingerprints”. You can find these in every natural event like snowflakes, trees, rivers, mountains, and so on. The method has also been used for determination of major art works and their authenticity. Every painter works in different genre and style, the fractal dimension under which they operate can be compared easily. 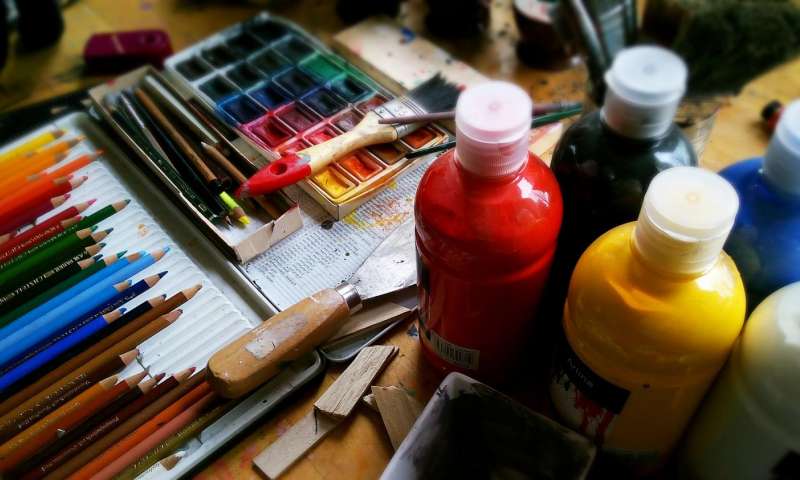 The results of these were then examined to observe if the variations seen in the unique ‘fractals’ of an artists were just a result of aging or due to cognitive deterioration during their complete career. The study showcased constant changes in patterns in fractal dimensions of these paintings . Dr. Alex Forsythe says, “Art has long been embraced by psychologists an effective method of improving the quality of life for those persons living with cognitive disorders. “We have built on this tradition by unpicking artist’s ‘handwriting’ through the analysis of their individual connection with the brush and paint. This process offers the potential for the detection of emerging neurological problems.”We hope that our innovation may open up new research directions that will help to diagnose neurological disease in the early stages”.