Building an animated and programmable mood lamp with a digital RGB LED Strip can really be fascinating and goes well with the idea of decorating home. Although this tutorial by Simtronyx is just a suggestion and carries scope of different perception but giving an attempt for such a beautiful device is worth a try. The picture below is the combination of an Arduino, acrylic glass, RGB LED Strip and a few parts from the hardware store. 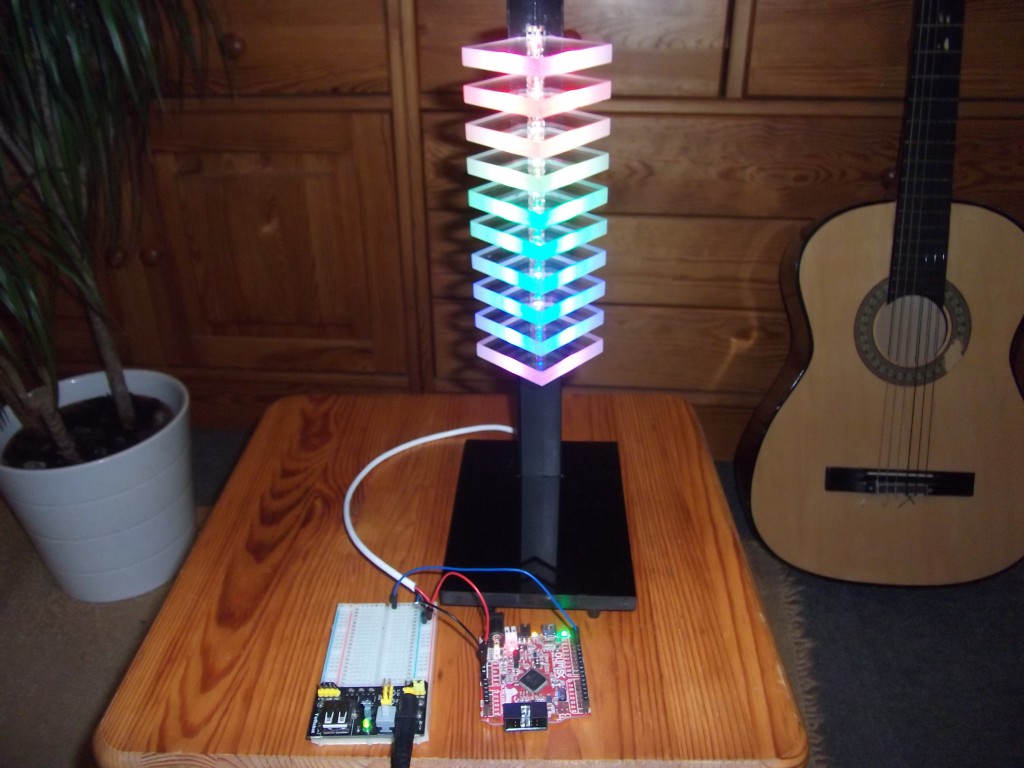 The distance between LED RGB strips is about 16mm and this symmetrical arrangement can be best achieved with transparent acrylic sheets of 8mm thickness. These sheets are cut into the form of triangle from the edge without removing the protective film and then all edges are exhaustively sanded with fine sandpaper.

The black plastic profile is now put on with the help of Dremel and a cutting wheel or a saw. Next the acrylic glass is pasted in the plastic profile. An acrylic sheet in black is being used for the ground plate with a thickness of at least 10mm for giving stability to the lamp. A triangle is drawn with the dimensions of L-section, which is inserted later.

After sticking 4 rubber feet under the base plate, the profile is plugged, including cable, into or through the plate. Covers for the foot are cut down above and between the acrylic plates for the LED strip and the cable. Now, the LED strip is wired with the Arduino and the power supply. After applying the source code, library is installed and the sketch to the Arduino is uploaded. The sketch has a simple animated rainbow color spectrum with different random velocities, brightness levels and changes of direction.