To find something secretly you have to do something that has to be in a very secret manner.

Note: Never use this method to steal anything. If you will caught by this method than you can be jail for whole life time or you could be charged fine in few lakhs.

There is only one way to do this. There is a light which cannot be seen by naked eye called IR light. This is not in the range of the visual range.  Visual range is the range of light that can seen by our naked eyes. By this advantage we can now make a machine that can find the item in the dark place. So let’s start this machine working.

What is IR LED?

Infrared (IR) light is electromagnetic radiation with longer wavelengths than those of visible light, extending from the nominal red edge of the visible spectrum at 700 nanometers (nm) to 1 mm. This range of wavelengths corresponds to a frequency range of approximately 430 THz down to 300 GHz, and includes most of the thermal radiation emitted by objects near room temperature. Infrared light is emitted or absorbed by molecules when they change their rotational-vibration movements. The existence of infrared radiation was first discovered in 1800 by astronomer William Herschel.

Infrared energy elicits vibration modes in a molecule through a change in the dipole moment, making it a useful frequency range for study of these energy states for molecules of the proper symmetry. Infrared spectroscopy examines absorption and transmission of photons in the infrared energy range.

Aim: To make a machine that will show us the products secretly.

Things you should know:

1.Connect the circuit as shown in diagram.

2.Use the high power IR led so that the image you can see is clear enough. 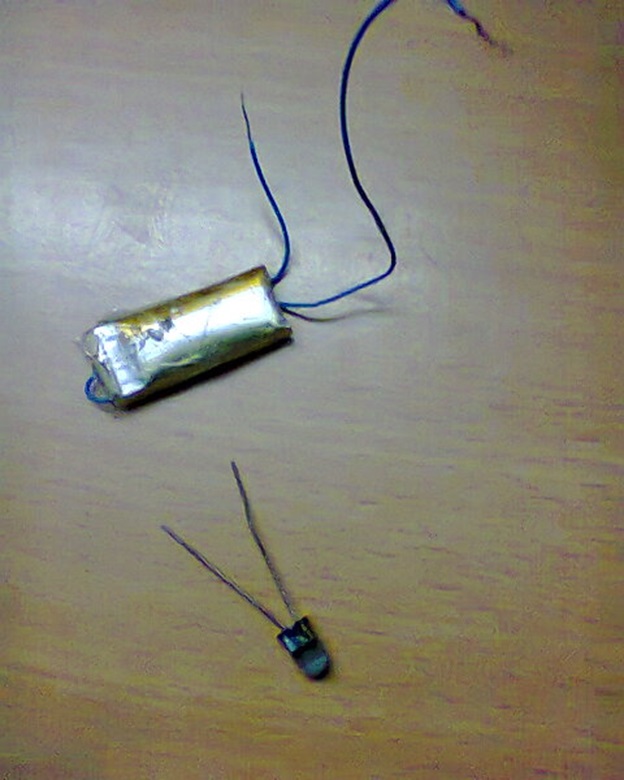 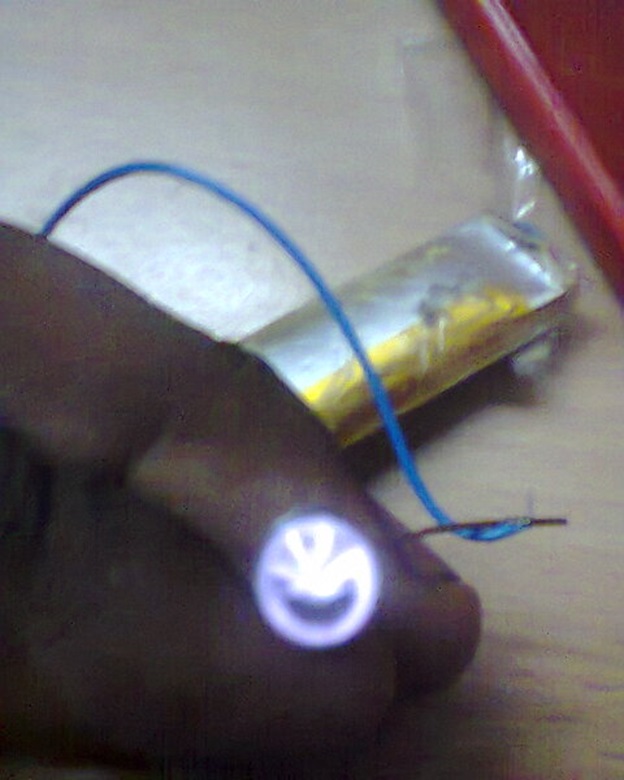 3.You didn’t have to do anything just you have to see the image by the camera. 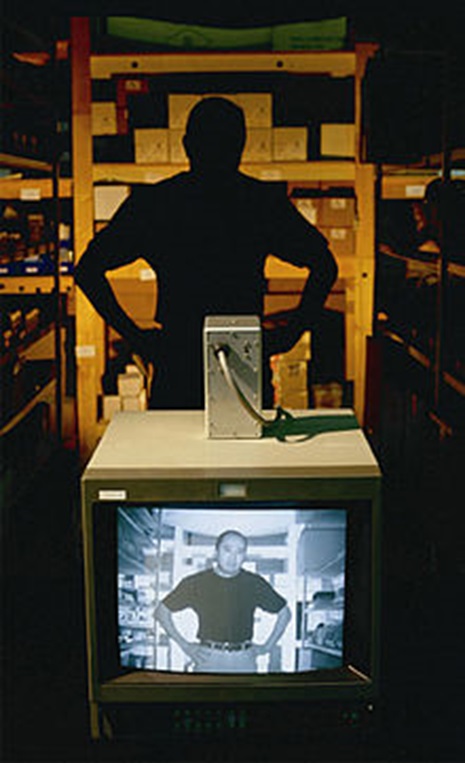 I have placed the high power IR led in the remote itself so that I can use that TV remote as remote as well as to find something. 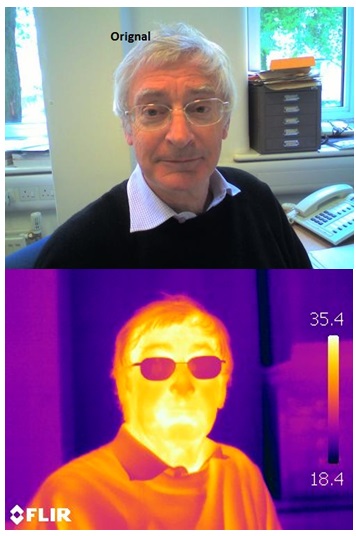 Scale is the temperature in Celsius. 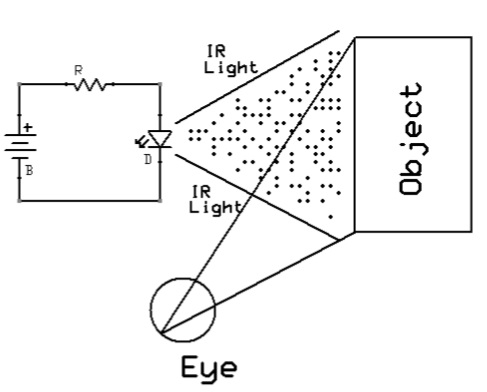 Infrared is used in night vision technology based equipments when there is insufficient visible light to see. Night vision devices operate through a process involving the conversion of ambient light photons into electrons which are then amplified by a chemical and electrical process and then converted back into visible light. Infrared light sources can be used to augment the available ambient light for conversion by night vision devices, increasing in-the-dark visibility without actually using a visible light source.

Infrared radiation can be used to remotely determine the temperature of objects (if the emissivity is known). This is termed thermography, or in the case of very hot objects in the NIR or visible it is termed pyrometry.

Thermo graphic cameras detect radiation in the infrared range of the electromagnetic spectrum (roughly 900–14,000 nanometers or 0.9–14 ?m) and produce images of that radiation.

A hyper spectral image, a basis for chemical imaging, is a “picture” containing continuous spectrum through a wide spectral range. Hyper spectral imaging is gaining importance in the applied spectroscopy particularly in the fields of NIR, SWIR, MWIR, and LWIR spectral regions. Typical applications include biological, mineralogical, defense, and industrial measurements.

In infrared photography, infrared filters are used to capture the near-infrared spectrum. Digital cameras often use infrared blockers. Cheaper digital cameras and camera phones have less effective filters and can “see” intense near-infrared, appearing as a bright purple-white color. This is especially pronounced when taking pictures of subjects near IR-bright areas (such as near a lamp), where the resulting infrared interference can wash out the image. There is also a technique called ‘T-ray’ imaging, which is imaging using far-infrared or terahertz. Lack of bright sources makes terahertz photography technically more challenging than most other infrared imaging techniques. Recently T-ray imaging has been of considerable interest due to a number of new developments such as terahertz time-domain spectroscopy.

Infrared tracking, also known as infrared homing, refers to a passive missile guidance system which uses the emission from a target of electromagnetic radiation in the infrared part of the spectrum to track it. Missiles which use infrared seeking are often referred to as “heat-seekers”, since infrared (IR) is just below the visible spectrum of light in frequency and is radiated strongly by hot bodies. Many objects such as people, vehicle engines, and aircraft generate and retain heat, and as such, are especially visible in the infrared wavelengths of light compared to objects in the background.

Infrared radiation can be used as a deliberate heating source. According to this Mayo Clinic article states that, “Several studies have looked at using infrared saunas in the treatment of chronic health problems, such as high blood pressure, congestive heart failure and rheumatoid arthritis, and found some evidence of benefit.” For example it is used in infrared saunas to heat the occupants, and also to remove ice from the wings of aircraft (de-icing). Far infrared is also gaining popularity as a safe heat therapy method of natural health care and physiotherapy. Infrared can be used in cooking and heating food as it predominantly heats the opaque, absorbent objects, rather than the air around them.

IR data transmission is also employed in short-range communication among computer peripherals and personal digital assistants. These devices usually conform to standards published by IrDA, the Infrared Data Association. Remote controls and IrDA devices use infrared light-emitting diodes (LEDs) to emit infrared radiation which is focused by a plastic lens into a narrow beam. The beam is modulated, i.e. switched on and off, to encode the data. The receiver uses a silicon photodiode to convert the infrared radiation to an electric current. It responds only to the rapidly pulsing signal created by the transmitter, and filters out slowly changing infrared radiation from ambient light. Infrared communications are useful for indoor use in areas of high population density. IR does not penetrate walls and so does not interfere with other devices in adjoining rooms. Infrared is the most common way for remote controls to command appliances. Infrared remote control protocols like RC-5, SIRC, are used to communicate with infrared.