Continue to Site
Fan regulators have an important place in the electrical switch boards. Fan regulators are very similar to light dimmers.Their function is to regulate/control the speed of the fan and provide a convenient environment for the residents.
The traditional regulators which are bulky use a resistance having taps and connected in series with the fan. When we move the knob different amount of resistance gets inserted in the circuit. Although cheap the biggest problem with such a regulator is that a considerable amount of energy is lost in form of heat through the resistance. When the fan is operating at low speed the power loss is significant.
The technologically superior electronic regulators overcome these problems by using electronic components to control the speed of the fan.
Some of the advantages of electronic fan regulators are:
1.      They provide a continuous speed control.
2.      Power saving at all the speeds.
3.      Smaller size and weight.
The heart of the electronic fan regulator is TRIAC. TRIAC is a semiconductor device belonging to the family of thyristors. 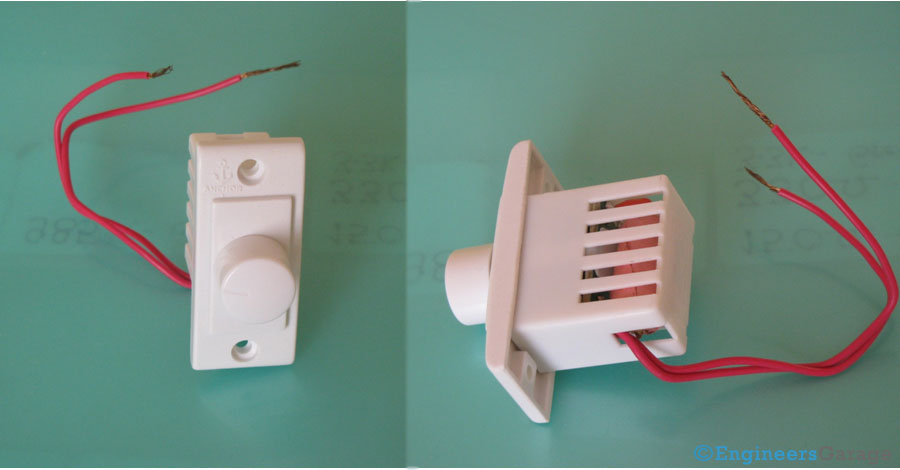 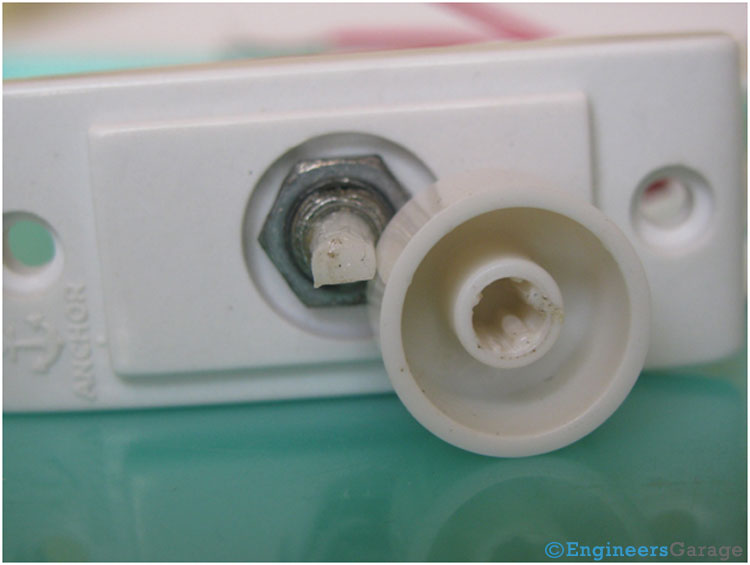 Fig. 2: Structure of Fan Regulator
The plastic knob which is connected to potentiometer (a variable resistance) is shown in the image above. When we rotate the knob, the resistance of the circuit changes, which in turn controls the firing angle of the TRIAC. 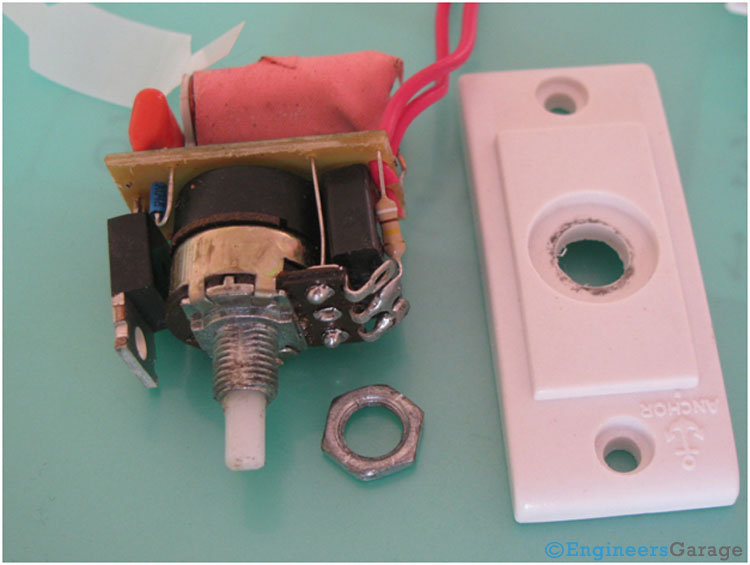 The arrangement of the different components can be seen on removing the front and back plastic casing. 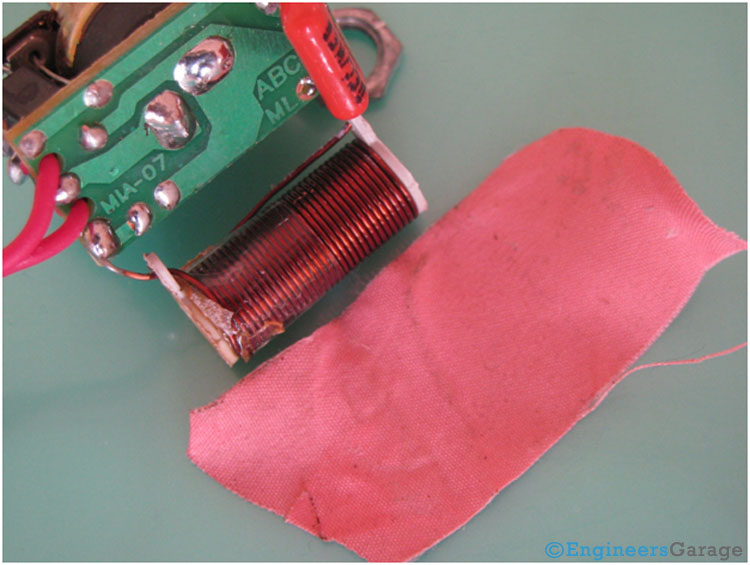 An inductor along with a capacitor behaves as a radio frequency interference filter. It reduces the interference arising due to switching on and off the AC.
Role of TRIAC 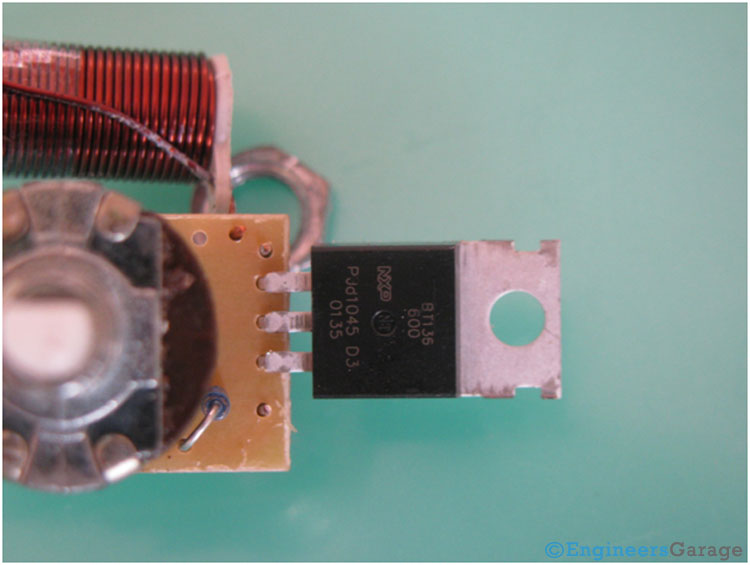 The TRIAC which is the heart of the circuit is shown in the image above. In simple terms TRIAC is like a semiconductor device having an input to be fed externally. The waveform of voltage is sinusoidal in nature. When the TRIAC is fired at 30 degree, it allows only the waveform after 30 degree to pass though it in both the positive and negative half cycles.  The input to the TRIAC is the angle called the firing angle.
The firing angle can be controlled by means of a variable resistor and/or capacitor to allow only certain portion of the AC cycle to pass through it, thereby reducing the average voltage over the complete cycle.  Since the voltage supplied is proportional to the speed and hence the speed of the fan can be increased or decreased. 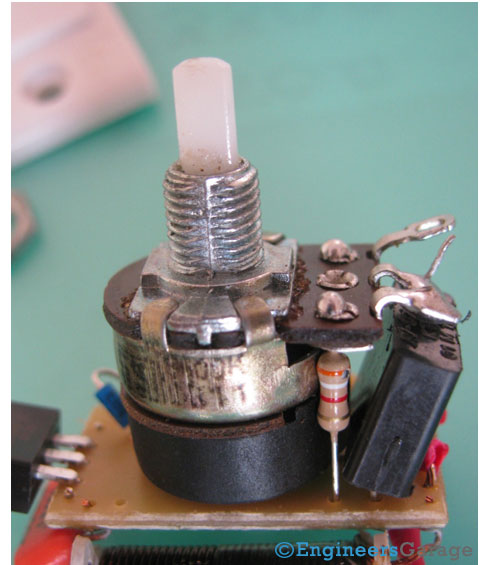 Fig. 6: Potentiometer and Capacitor of Regulator

The potentiometer and the capacitor are shown in the image above. In this case only a variable resistor is used to vary the firing angle. The capacitor used is of fixed value.
Filed Under: Insight
Tagged With: fan, fan regulator, potentiometer, regulator