Ever wondered how are wires connected to a connector. How different number of wires are connected to segments of the connector? A connector aka jack for the earphone, headphone, microphone, like any other gadgets has an equally interesting chapter in the book s of engineering. It is among the cheapest part but not the technically inferior. It deserves its attention from the engineers for its design and quality. The connector plays an important part of tranferring signals from the device like mobile, laptops, music players etc to the earphone and the microphone and vice versa. Even a small problem may lead to an unplesant experience with the device. 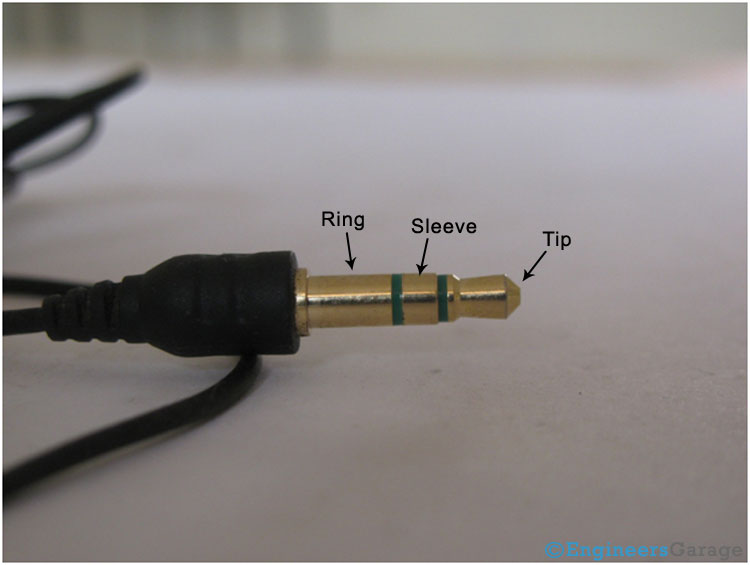 The connector/jack shown in the above image is used for the earphone. This connector has three contacts/segments/parts called the TIP, RING, and the Sleeve as shown in the image. Therefore it is also called the TRS connector. These connectors are generally classified by the diameter. The above image shows a 3.5mm connector commonly used for the earphone or the headphone. Other commonly used jacks are avialble in 2.5mm and 6.35mm sizes.
If a connector has four contacts it is called TRRS (TIP, RING, RING, SLEEVE) connector and if it has ony two contacts it is called as TS (TIP, SLEEVE) connector. TRRS connector is generally used with the earphones of a mobile phone or the ipods. The fourth contact is generally used for transferring the video signal or the output of the microphone. The TS connector is used with the microphone or the mic. 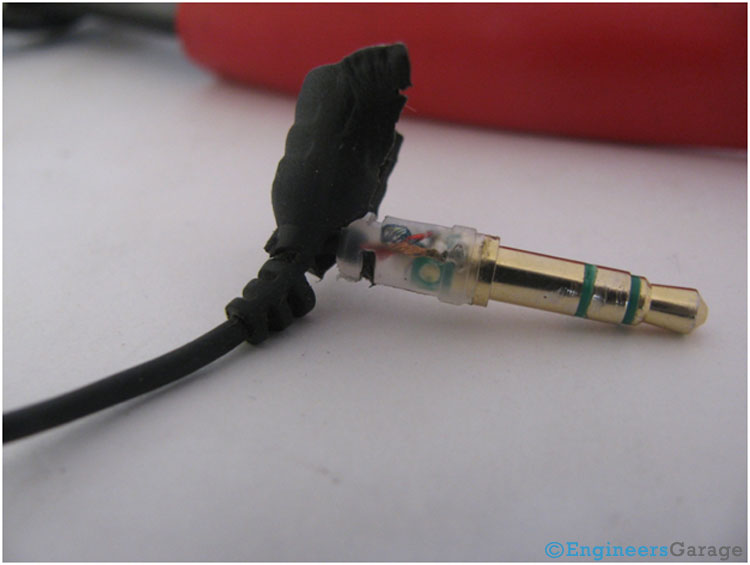 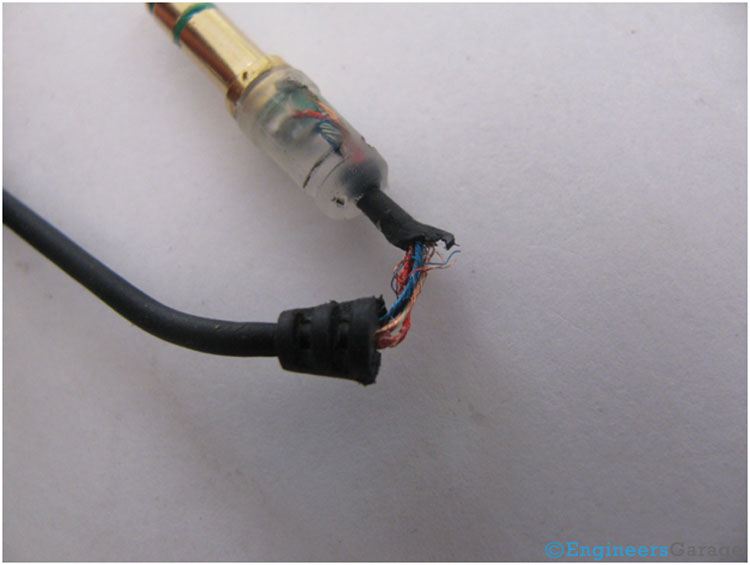 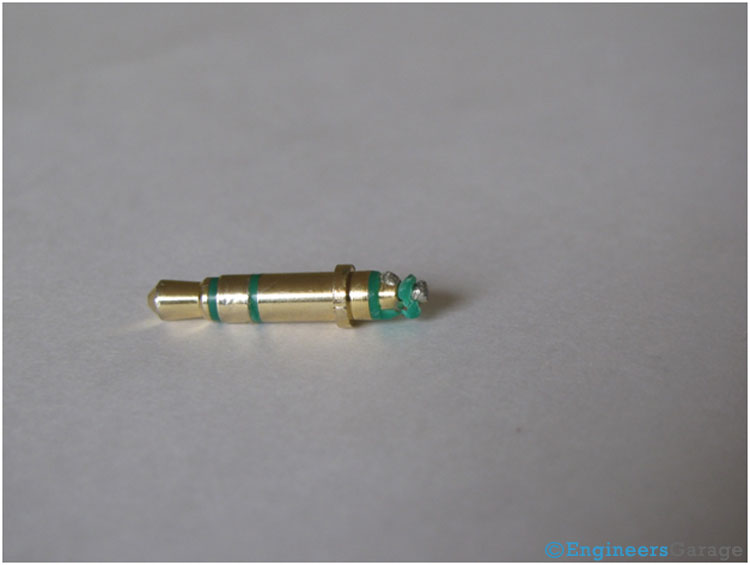 Fig. 4: TRS Connector Structure
The above image shows the structure of the connector. There are three metallic parts of the connector and each one is insulated from the other by means of an insulating plastic which is green in color. The color may differ from manufacturer to manufacturer.
The structure of the connector is quite interesting. It has a thin rod at the center followed by an insulating plastic layer. Above the plastic layer is the hollow metallic pipe in the form of a cylinder. A large portion of the length of the pipe has a small diameter and a smaller segment towards the bottom has a larger diameter.  The wider portion of this pipe forms the ring of the jack. The narrow part is covered with the second insulating layer.  Above the second insulating plastic player is the third metallic pipe again cylindrical in shape and with a uniform diameter. This is the sleeve of the connector. The shape will become clearer in the subsequent images. 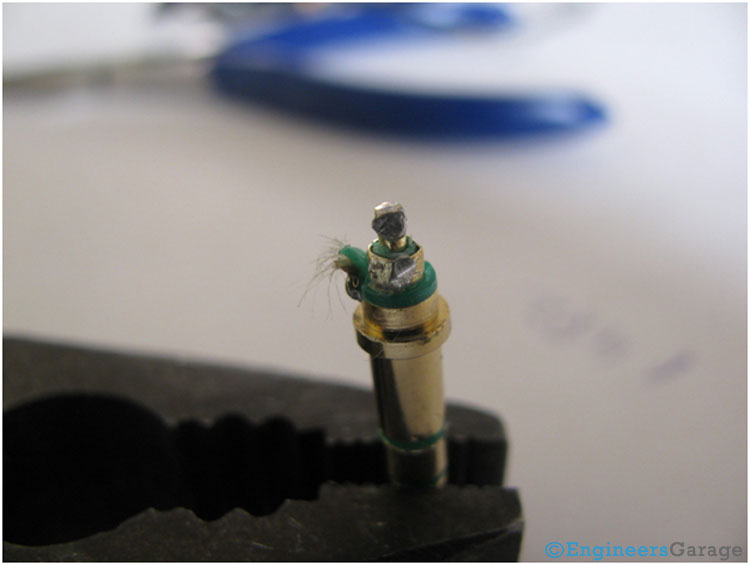 The image above shows a closer look at the arrangement of the three metallic contacts.  The points where wires are soldered are also visible. 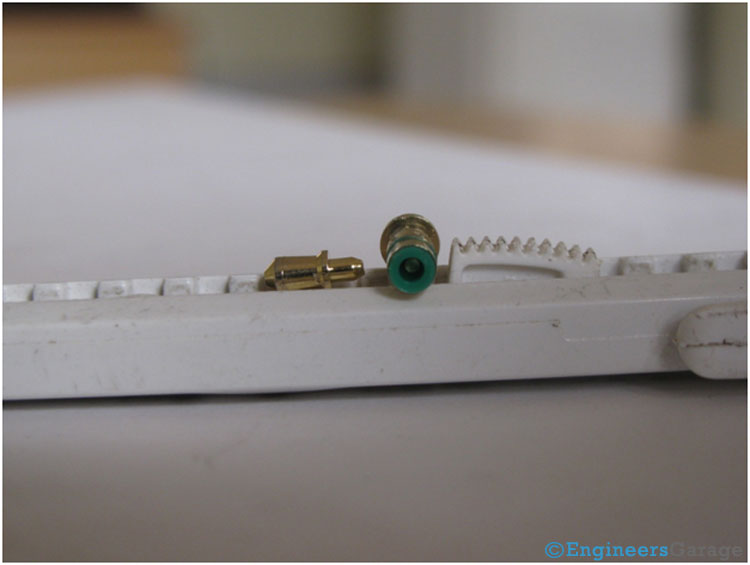 The bottom most part which is the tip of the connector is shown in the image above. It is removable and is connected to the center most rod from inside. The rod is also visible in the image which is surrounded by the green colored insulating plastic. 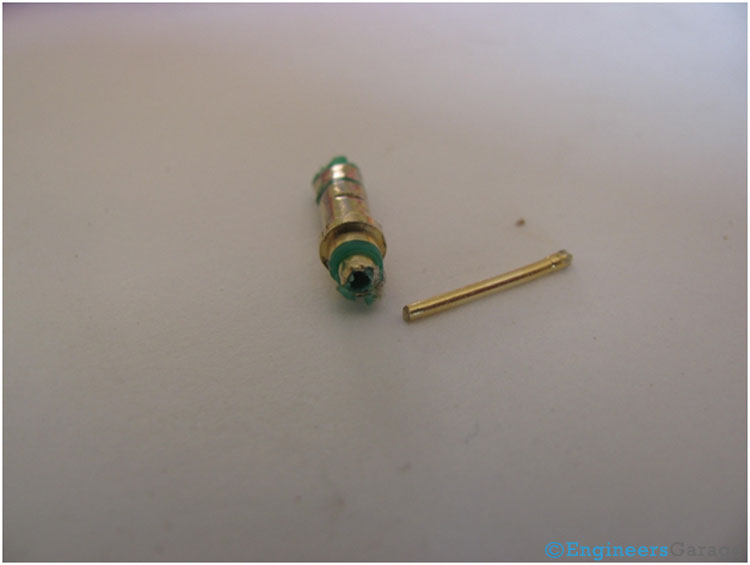 Fig. 7: Innermost Metal Rod Present In TRS Connector
The innermost rod of metal which acts as the tip of the connector is shown in the image above. An insulation covering of plastic is applied over it to prevent it from coming in direct electrical contact with the middle metallic contact. 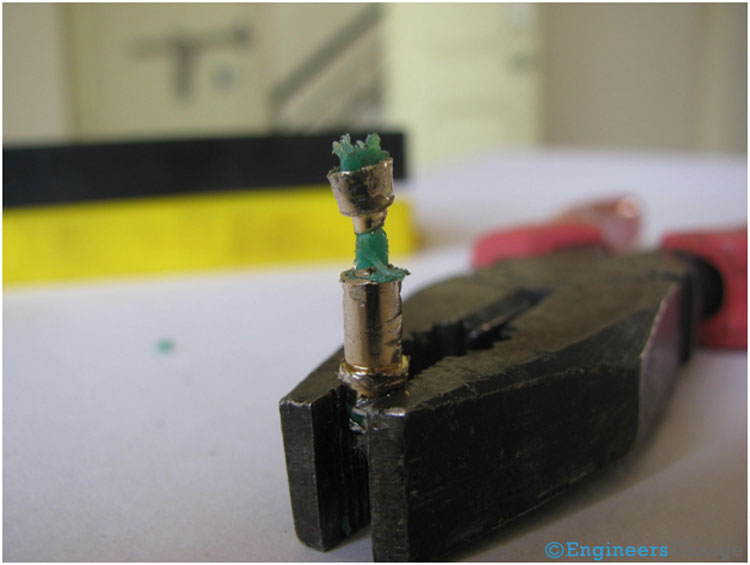 The shape of the middle metallic contact which forms the sleeve is shown in the image above. The green colored insulation covering can also be seen in the image. 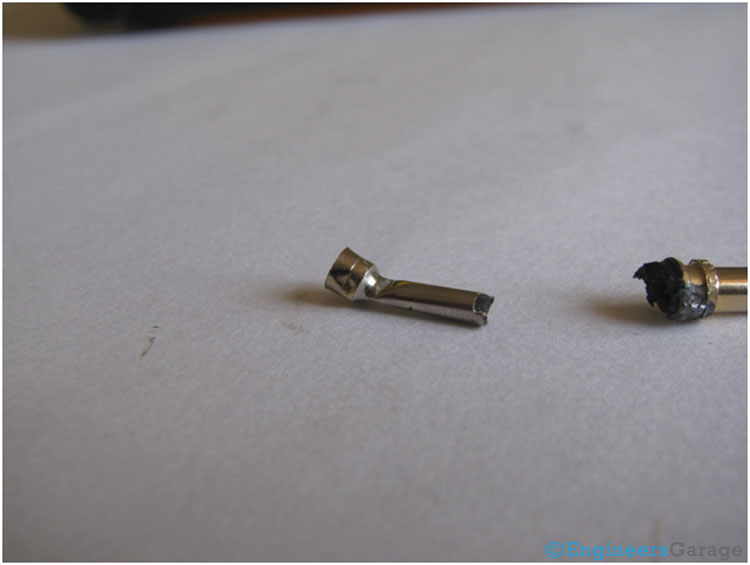