How To Communicate Between Processes Through Pipe

Pipe is a one way communication of data between one process to another process. In the form of Interprocess communication (IPC), it is one type of communication. Refer to the tutorial Pipe in Linux before learning this one.

You can get more information of pipe ( ) system call in How to create pipe in Linux tutorial. 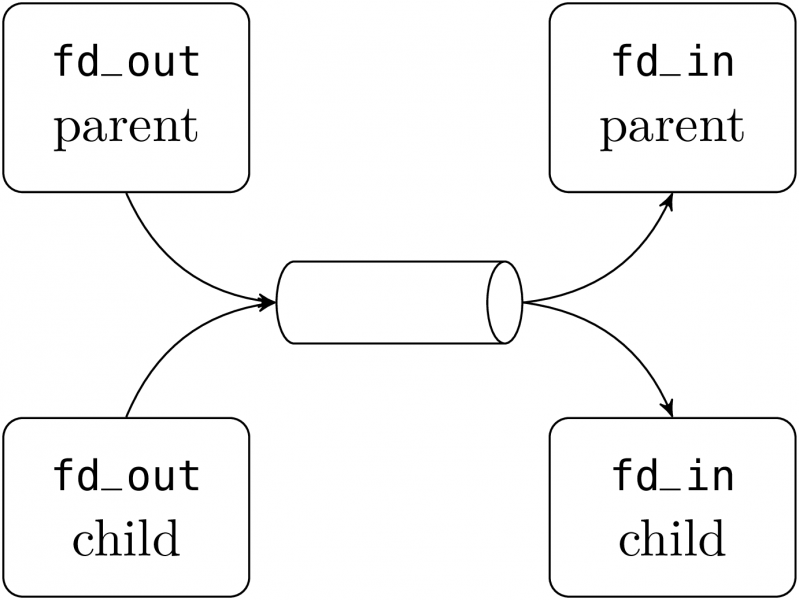 Write or copy same code in your Linux text editor and save it as Pipe_demo1.c. You can save the file with any name  of your choice.

memset ( ) is C library function which sets the first number of bytes of the block of memory pointed by array to the specified value. Here memset ( ) sets the WriteMsg and ReadMsg array with zero (NULL) value.

value is int value which fills allocated block of memory

byte is first number of byte which we want to set with specific byte.

After  writing and checking it for error, next step is ready for compiler.

After compilation, GCC will generate executable (runnable) file. Here we  haven’t given the name of executable file so compiler automatically gives the a.out name to file. a.out which is an executable file of Pipe_demo1.c and is located in the same directory where source file is saved.

Type the file name followed by dot and a forward slash and press the ENTER key as following: