Now long ago did Jeff Crume, the known author and engineer from IBM, talked about a security threat to the Jeep Cherokee called “Hack my ride”. The vulnerability was duly noted and the maker was compelled to call back around 1.4 million units of this robust vehicle. For those who feel free that they are least affected as they don’t own this vehicle. There are several others who are trying to crack the full proof digital security of other cars with new software. Another such software that he soon revealed was OwnStar. The program has been developed especially for tracking GM’s OnStar System – a mobile app meant for giving remote access of vehicle to the owner. As the video below shows the havoc it can create and lead to damage of more than $100 equipment. 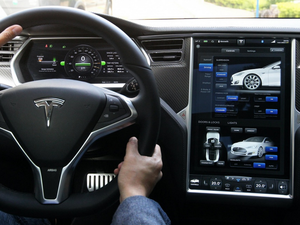 As a famous reporting site, Wired.com, suggests, whenever the driver enters the Wi-Fi range of Kamkar’s $100 contraption named “OwnStar” the hacker would starting owning the OnStar. It will mimic a reliable Wi-Fi system known to the car’s system and trick the phone to get connected with it. Consequently, the hacker can quietly track your car and remove the hacking network as and when possible. They can easily unlock the doors of your car and steal anything that they want. It can also honk the horns or blow the alarms and create disturbance at the most unwanted hours. They can also fire the engine and create problems.

The program also gives the hacker access to all your personal information including your email ID, address, credit card details, and all such stuff. The good thing is there is a patch that can fix this mobile application and the bad part, unfortunately, is that there are several other car hacks ins store that are waiting to prey on your personal data and vehicle.