Continue to Site
Texas Instruments has introduced the most affordable way for developers to implement high-performing DLP display technology with virtually any low-cost processor. The company has released the new 0.2-inch DLP2000 chipset and $99 DLP LightCrafter Display 2000 evaluation module (EVM).
This makes it easy to leverage DLP technology and design on-demand, free-form display applications like mobile smart TVs; pico projectors; digital signage; projection displays for smart homes; smartphones and tablets; control panels and Internet of Things (IoT) display solutions.
The developers will be able to design easily with DLP technology by utilizing the DLP LightCrafter Display 2000 EVM. It has a dual connector which is set up to support any flexible GPIO-driven video interface capable of up to 24-bit red/green/blue (RGB)-capable processor, including the BeagoleBone Black development board based on TI Sitara AM335xprocessors. 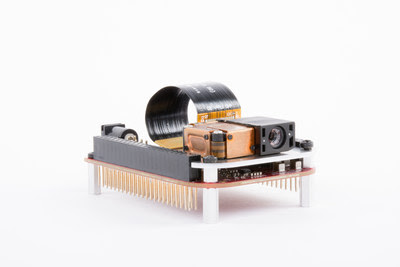 • This EVM is a building block to pair with low-cost processors for display applications.
• Its 0.2-inch diagonal display is based on the smallest DLP products digital micromirror device (DMD), designed for compact, space-constrained display applications.
• The new EVM has a standard interface and plug-and-play functionality for a quick assessment.
• Inclusive software drivers and BeagleBone Black code examples ease the programming process.

The DLP2000 is available now for US$19.99 and the DLP LightCrafter Display 2000 EVM is available for US$99.00 through the TI store and authorized distributors.