Attention gym lovers, ReadWriteBody has come up with another fitness regimen and this time it is through an app. It is an ongoing series where ReadWrite has covered networked fitness and the quantified self. In order to make accurate gaining plan at the gym, consistency and variety are required in the workout process but simultaneously it becomes necessary to track the progress and benchmark them on certain moves

Apps have become a lifesaver now a days and is available in every possible field, including fitness. This fitness trackers record the activity and analyze stats over time and generates a timetable based on required workout. They are available for both iOS and Android devices.

Here it deals in the types of app available in the market and recommended by Readwrite. One of the app called GymGoal, is a fast, functional, and reliable app although it doesn’t contain fancy stuffs like other apps do. It remembers sets, reps, and weights and instantly populating your workout record. It is also possible to see a history of your performance at a particular exercise. Further, it shows related exercise for the same body part, if want to replace the particular exercise of that body part. But it is only available for iOS devices, otherwise one can save the PDF workouts from web.

Another android-friendly app is fitness buddy which can be used as an alternative of Gymgoal and is available for both iOS and android with more built-in workout routines. Gain Fitness in iOS only and BodBot for both iOS and Android can take some data about fitness level, experience, and vital statistics to generate custom workouts. BodBot works to generate customized workouts, though some might find them quirky. It mixes in yoga moves and stretches with bodyweight movements and more traditional exercises. 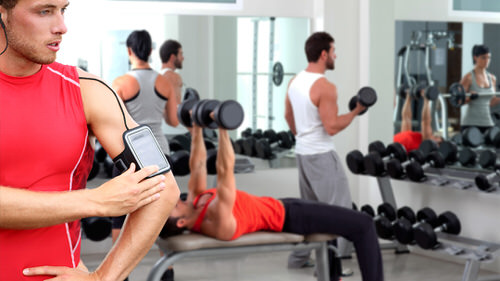 FitStar, is another workout generator which emphasizes bodyweight movements for at-home and on-the-road workouts. Initially, it takes a fitness test, and then the app creates a completely customized video workout based on your actual performance. But it emphasize on bodyweight moves versus exercises with equipment and that’s its negative point. Further, it only works on Apple’s iPad tablet, not smartphones.

If you like to work out by your own and doesn’t need direction as given by gym trainers, then obviously this is the route you want to go through. It provide flexible hours and saves money as compared to going to gym every day. Further, this supportive apps help you to keep record and you stay accountable to yourself.