In this project, we have designed a similar walking steps calculator on the Arduino platform. The method used in this project is monitoring the acceleration vector of the device. For this purpose, the ADXL345 accelerometer is interfaced with the Arduino. The number of steps walked by the user and the distance covered by him are displayed on an OLED screen. The logic used in this project can be easily replicated in a smartwatch application. You can easily port the code logic to any other language as it simply reads the data from the accelerometer sensor and manipulates that data to detect the user’s movement.

In this project, a 7-pin SSD1306 OLED module is interfaced to Arduino UNO. The module is connected to the Arduino as follows. How it works
When the device is powered on, the SSD1306 OLED display is initialized, and the logo of “EEWORLDONLINE” and the device name “Steps Counter” are flashed on the screen. The initial number of steps is displayed to be 0, and the distance covered is also displayed as 0. Now, all the user needs to do is keep the device on their person.

After the initial setup is complete, the device again calculates the acceleration in x-, y-, and z-axis 50 consecutive times and derives an average of those values. The acceleration vector of the device is calculated by taking the square root of the difference of current acceleration values compared to reference values.

The number of steps and distance covered are updated on the OLED screen, with a delay of 400 ms. The process of calculating the difference between two consecutive acceleration vectors of the device at an interval of 250 ms is continued throughout to monitor the user’s movement.

It should be noted that the delay of 250 ms between the calculation of two consecutive averaged acceleration vectors and the difference of 0.05 is obtained after careful calibration of the device.

Check out this link to learn more about how the ADXL345 accelerometer communicates with Arduino over the I2C protocol.

To learn more about interfacing SSD1306 OLED with Arduino, check out this link.

You should note that Arduino’s reset button acts as a reset button for the device and reset the number of steps and distance covered to zero.

The code
The code begins by importing wire.h for I2C communication with the ADXL345 accelerometer sensor and SPI.h for communication SSD1306 OLED display. The Adafruit libraries for working with OLED display are imported and the constants required for OLED interfacing and defined parameters. An object display is initialized for the SSD1306 class. The bitmap for the logo of EEWORLDONLINE is stored in Arduino’s PROGMEM and is converted to an array object. The variables to store average, current, and immediately next acceleration values are declared. A variable to store the number of steps is declared.

In the loop() function, the acceleration vector is calculated twice at a gap of 250 ms, and if the difference between two values of greater than 0.05, one step is incremented. The number of steps and distance covered are updated to OLED display. 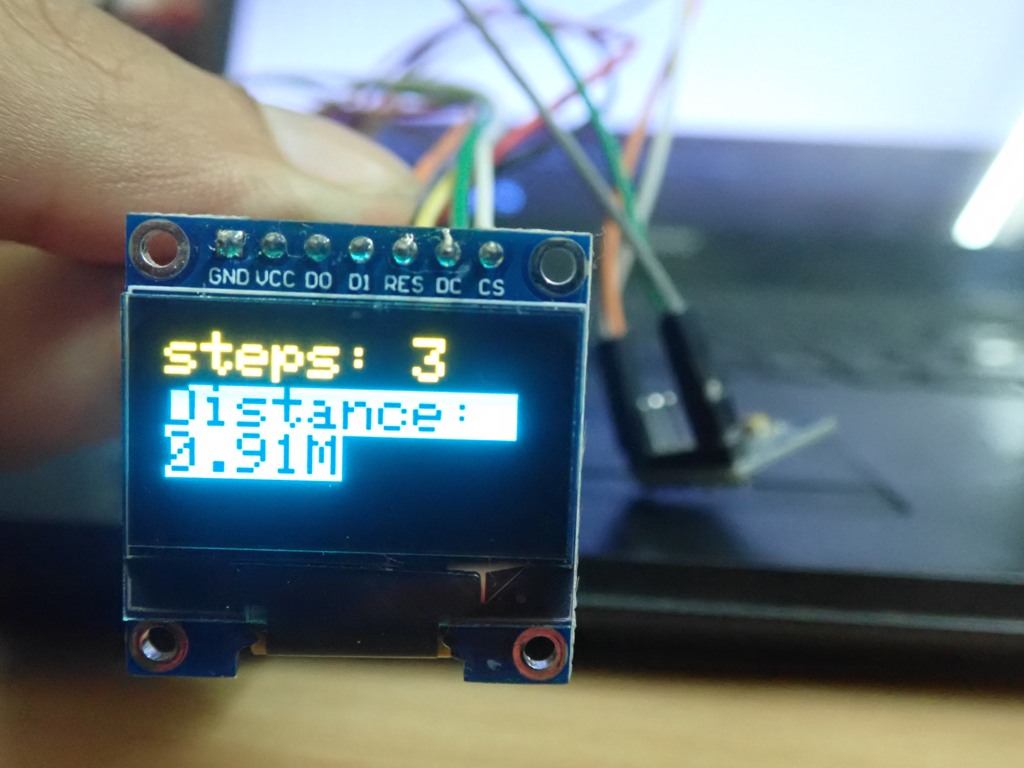 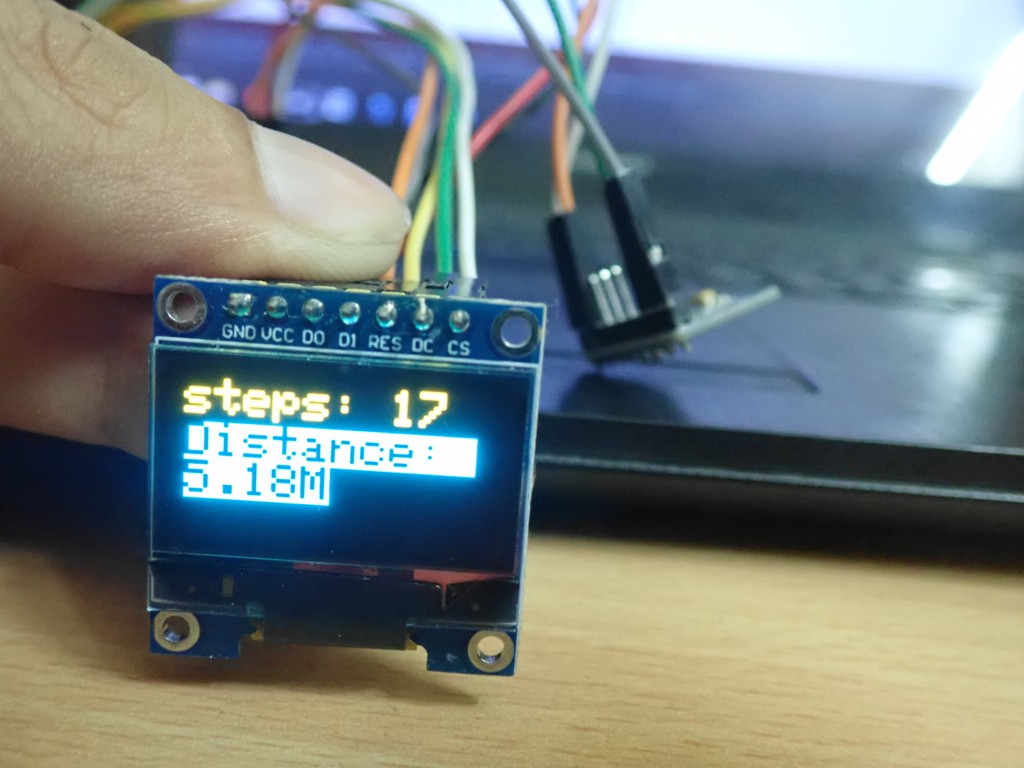