For PCB prototype applications, one prerequisite is a must: reliable testing. These early products are built with the sole purpose of testing design ideas to ensure they work for approved use and sale. Be that as it may, PCBs can be unpredictable as there are many parts and patch associations.

However, MVI was also subject to human errors and oversights and could be an exhausting and tedious task. This has led to circuit imperfections and excessive, unnecessary costs due to failures or recalls. 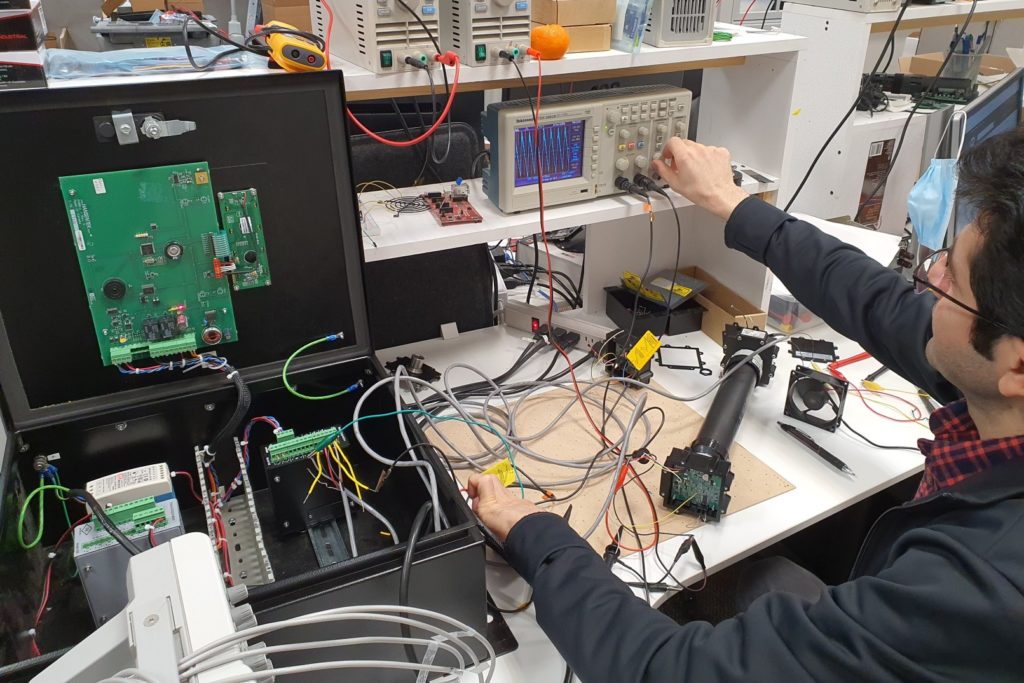 As surface-mount devices (SMD) and ball-grid array (BGA) bundles — a type of surface-mount package or chip carrier used for integrated circuits — have become more common, the limitations of AOI for testing has become more apparent. Unfortunately, AOI is often unable to identify welds that are under the bundles.

As a result, an automated X-beam inspection (AXI) method was developed, which can reveal hidden PCB assembly defects, even in thicker, multi-faceted components of a PCB. As PCBs evolved, so have the testing methods to ensure reliability.

After this initial assessment stage is complete, PCBs will typically go through an exact specifications test, performed on the total gathered circuit.

What are the main components analyzed during PCB prototype testing?
When a PCB prototype is tested, it means that the circuit design of the board is assessed to ensure it’s safe and suitable for your project. The circuit is a combination of electronic components that will be connected by conductive wires within the final PCB design and through which electrical current can flow.

These electronic components can include:

These are the components that require testing for any faults or irregularities that could lead to PCB failure. It’s also important to ensure they are the ideal type and quality for the given project.

For example, it’s  important to consider the anticipated environmental conditions (such as temperature and humidity), as well as the available current. Ask yourself: in the case of a short circuit, overload, or overheating, what’s going to happen?

Let’s review some of the testing methods available.

In-circuit testing: One of the most ideal tests for PCB prototype assessments is in-circuit testing (ICT). It provides a reliable, high-fault coverage verification method of all of the electronic components in a PCB assembly. The ICT works by controlling and inciting the PCB’s hardware and is intended to give 100% inclusion. The benefit is that it fully removes the chance of human error.

Access the assembly points of the printed circuit board and ensure that it’s solid by laying a bit of tension on it.

Short-circuit test: this test requires checking the resistance between different points in the circuit. A multimeter can be used. Many PCBs are damaged because of short-circuiting currents.

It’s important to focus on the fine-pitch parts, such as microcontrollers with an LQFP impression. This is because a weld lead that causes a short between two adjoining pins can fully damage and ruin the microcontroller. Be sure to gauge the impedance of each different voltage hub to the ground.

For instance, there might be a 12, 5, and 3V force network in a PCB, and any one of these could be shorted due to poor fastening or broken parts. This could lead to heated parts when powered up.

Flying probe test: a practical technique that tests PCB probes from one spot to another (hence, the “flying” name), with the need for ICT power. This test is quite cost-effective for prototypes and low to mid-volume production as no custom fixture is required.

It’s typically used to look for singular issues in the circuit, such as:

Reverse polarity test: Reverse polarity happens when a receptacle is wired backward. On the off chance that you’ve reversed a circuit wire or two, there’s usually no return. You’ll be welcomed with a popping sound a small haze of smoke. In simple cases, you can remove the damaged parts without replacing the entire board.

To protect PCBs from the effects of reverse polarity, it’s possible to insert a protection diode. However, a diode does consume power.

Automated optical inspection (AOI) test: a primary, visual method used to check for any obvious or emerging problems or concerns in the underlying phase of an assembly using a camera.

Burn-in test: involves running a power supply through a PCB’s electronics, typically at an elevated temperature — or at its maximum-specified capacity. Its utility is found in building up and testing load limits. But care should be practiced because the test can endanger the components of the PCB. Ideally, burn-in early and/or when the cost of testing and replacing parts is low.

Ideal for:
Note that this test is not ideal for PCB all conditions. Burn-in testing can lessen the longevity of a PCB. So, it should only be used when necessary and not pointlessly.

Populated components test: it can be frustrating to spend hours investigating why the microcontroller neglects to fire up, only to realize that the heap capacitor of the gem oscillator was not populated. But when there are several parts to consider, it’s easy to miss a component or two. When working with a PCB prototype, you’ll first want to ensure the components are a fit for the circuit board you plan to design.

Before you start cross-checking each component, make sure that you’re using the correct bill-of-materials list.

X-ray inspection test: an X-ray can locate defects early in the assembly process, which are undetectable by the human eye, such as those under the chip bundle. There are 2-D and 3-D AXI tests, with the latter offering a quicker testing period for the PCB prototype.

Ideal for:
Note that similar to the burn-in testing, x-ray inspections can lessen the longevity of a PCB, so only test when the benefits outweigh the cons, such as when:

Functional test (FCT): typically simulates the operating environment for the product under test and is done as the last step before final manufacturing. The parameters are usually provided by the customer and may depend on where the PCB will ultimately be used. Often a computer is connected to the test points to determine whether the PCB meets its intended capacities.

Additional PCB tests
There are several types of tests aside from the ones mentioned above, depending on the circumstances.

Before deciding on the ideal test for your project, determine the purpose of the PCB. Weigh the pros and cons of the different tests available, including their costs. Sometimes you might want to perform more than one test. Often the electronics contract manufacturer will help you identify what’s best to do.