This tutorial represents communication between Beaglebone black and Arduino through UART.  You don’t need any another peripheral for this tutorial. UART stands for universal asynchronous receiver and transmitter.  It transmits and receives data asynchronously with another device which also supports UART protocol.

Install the latest python version in BBB as explained in tutorial How to make first python program with Beaglebone Black. Install the adafruit python-GPIO library.

BBB has on chip five UART ports each containing two pins: RX pin and TX pin  to receive and transmit respectively. In this tutorial, UART1 is used for communication with Arduino. Here, BBB acts as transmitter and Arduino as receiver. Connect the UART1 transmitting pin (24th pin of header P9) of BBB to receiving pin (pin number 10th) of Arduino.  I have used software UART in Arduino that’s why I have connected it with pin number 10th (I declared 10th and 11th pin as RX and TX in program respectively). Make the common ground connection between Arduino and BBB  which is necessary for communication.

Open the command terminal and  access Beaglebone black through SSH as explained in getting started with Beaglebone black. Create a new file using touch command with .py extension (i.e. led.py). Open the file with any text editor (i.e. nano, vim etc.) and write a code in python language.

Connect Arduino with PC through USB cable. Open  it and then write a code for receiving data in C language. For help, you may  refer to the tutorial how to Install and run Arduino in Linux.

You need to import UART in program to make use of I2C device. You can create your own library but that would consume more time. Hence Ad fruit library can be used that provides all kind of python library of BBB.

Also import the serial from python library. It encapsulates access  to serial port.

First function is setup and configuration of UART1. Second function accesses the serial device with defined baud rate. Find the device port attached with UART from  the list below and access it. 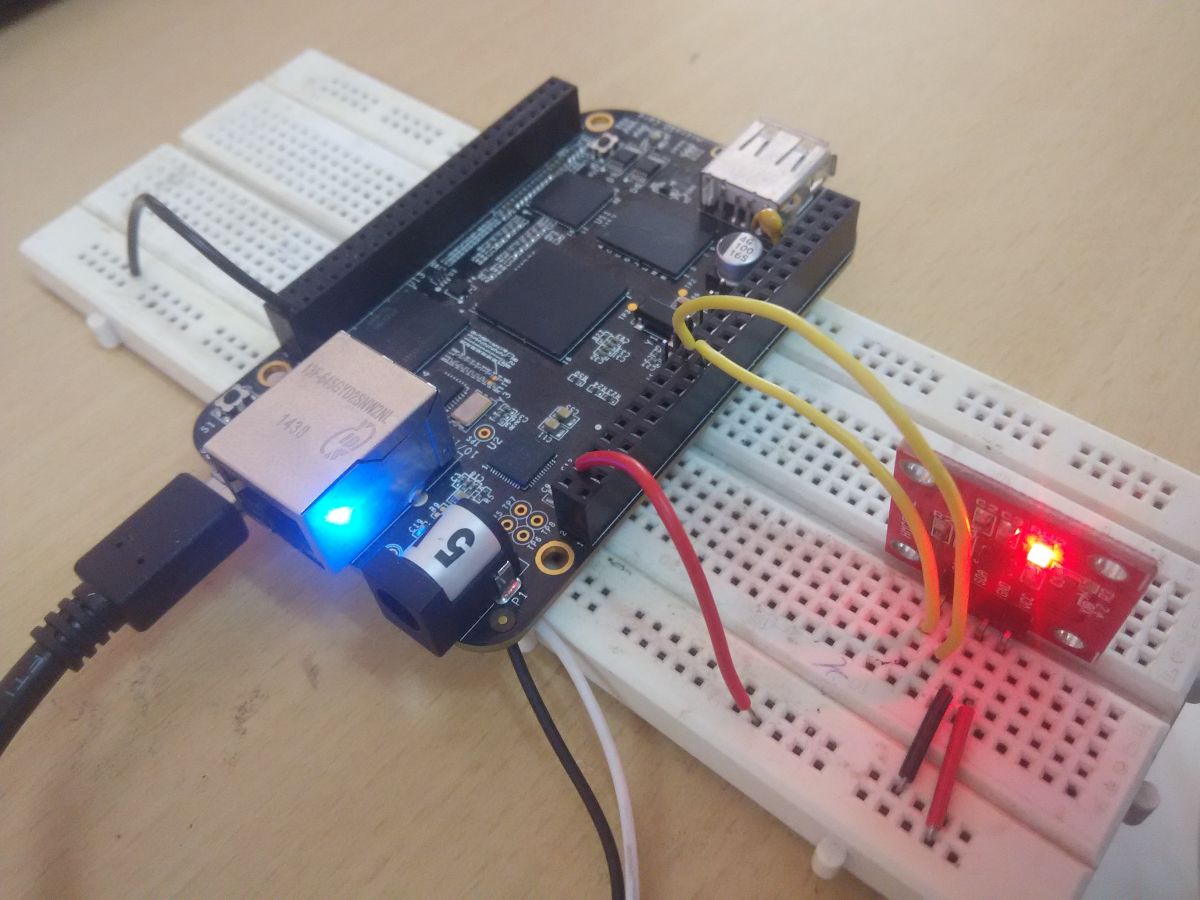 Now, you can transmit and receive data through UART. You can close the port when you don’t want to use it.

Write a receiving source code in Arduino and load it  onto Arduino Uno.  After the data is received, it will be displayed on the serial terminal.