In this project, a portable device has been designed which can read data (up to 500 bytes) from a UART transmitter and let the user inspect the transmitted data on a character LCD. The user can set baud rate, a number of data bits, parity and stop bit on the device to match with the UART transmitter. The user can tweak these parameters on the device until the correct data packets are observed on the display screen. This way, a user can identify baud rate, the number of data bits, parity and stop bit of the UART transmitter and set the same parameters at an unconfigured UART receiver.
Usually, to check the USART transmission from a microcontroller based embedded device, the Rx and Tx pins from the controller are connected to COM PORT of a PC through a serial driver chip (like MAX232 for RS-232 protocol).  Then, programs like HyperTerminal are used to check the data transmission.  In this method, still it is difficult to check/identify the non-printable characters on the computer screen. The device designed in this project display the read data packets on character LCD in a text, hexadecimal, decimal and octal formats for easy identification of non-printable characters. This device is also capable of communicating a fixed stream of data packets (a test string containing characters A-to-Z and digits 0-to-9) to a UART receiver to determine if the receiver device is working properly or not.
This device is designed using AVR ATMega8 microcontroller. ATMega8 has programmable Serial USART so it can easily communicate with UART or USART peripheral of any other microcontroller. ATMega8 has 512 bytes internal EEPROM which is used to fetch up to 500 bytes of serial data from a UART transmitter for inspection. A 20X4 character LCD has been interfaced with the ATMega8 to display and inspect the fetched UART data packets.
This device is intended to be used in an industrial environment, so ATMega8 has been interfaced with MAX485 serial driver chip. MAX485 is a UART serial driver chip that can be used for UART communication with devices having RS-422 or RS-485 interface. The device can also directly communicate with the USART/UART interface of a TTL device (like other microcontrollers). For reading data from devices having RS-232 interface, MAX-232 must be externally interfaced with this device.
Components Required –
Circuit Diagram – 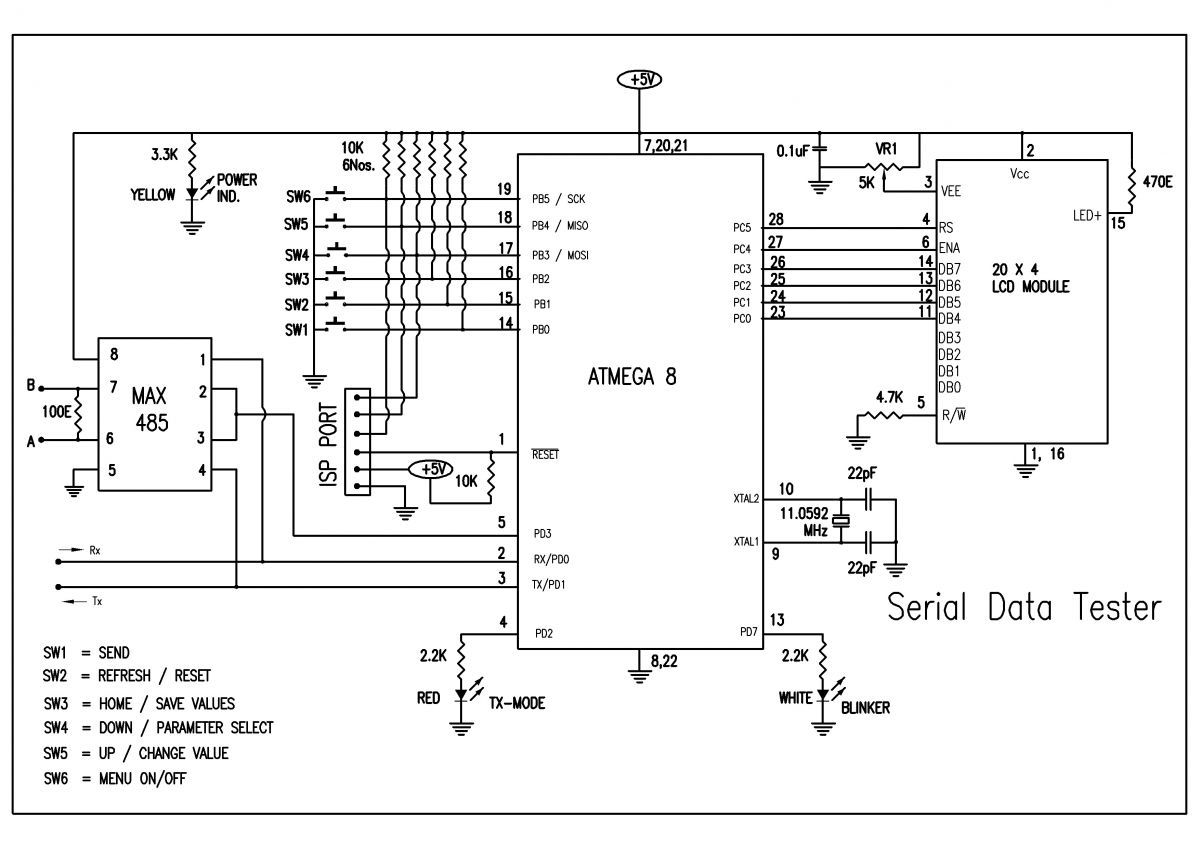 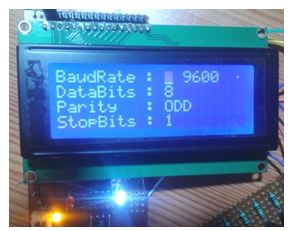 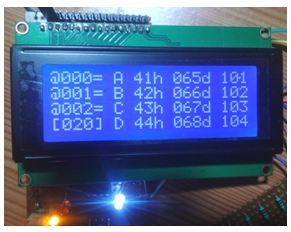